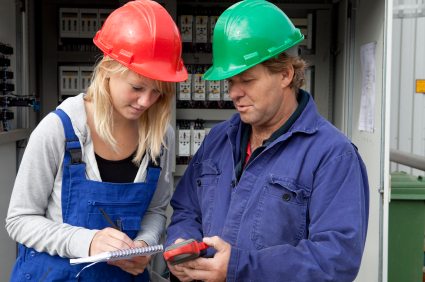 New measure to help SMEs take on apprentices were announced today, following a review by entrepreneur Jason Holt. Holt was asked by the Secretaries of State for Education and for Business, Innovation and Skills, and the Minister for Further Education, Skills and Lifelong Learning to lead a review into making apprenticeships more accessible for SMEs.

Skills minister John Hayes welcomed Holt’s findings and outlined the news measures today. The government announced to make the Apprenticeship Grant for Employers accessible to more employers. SMEs will also be supported in providing training to apprentices. Training will be supported by ?providing better information on availability and investigating how to give them a greater say in developing the skills they need? as well as by agreeing on new standards for training providers. The government will begin to work with lawyers, accountants and others business leaders approach for advice, to promote apprenticeships to their SME customers. Business Secretary Vince Cable said in a press release: ?Only a small minority of SMEs currently employ apprentices. Many of the rest are missing out on an effective way of growing and up-skilling their businesses.? ?We hope that the measures announced today will make a difference by raising awareness of the benefits of apprenticeships amongst SMEs and making it as easy as possible for these businesses to take on an apprentice?. Despite 99 per cent of all businesses in the UK being SMEs, they take up less than half the proportion of apprentices that larger companies do. ?Just imagine the impact if we were able to align SME uptake with that of larger businesses,? wrote Jason Holt in the review.? ?Wouldn?t it be wonderful if, one day in the near future, recruiting an apprentice becomes a simple and natural part of growing an SME business, and joining an SME as an apprentice becomes a coveted springboard for many starting their careers?? Holt himself owns a number of independently run small and medium-sized businesses (The Holts Group). He also founded the not-for-profit Holts Academy, the UK?s only provider of government-accredited training to the jewellery sector, in 1999. The Academy is expecting over 850 learners to gain nationally accredited qualifications, including 150 apprentices.