Last week, only one in five businesses were granted the coronavirus funding support they applied for. With billionaire Richard Branson seeking government funding for his company, Virgin Atlantic, it raises the question of who should gain priority funds, large multinationals, or the UK’s 5.9m SMEs, that account for over 99% of all UK businesses?

In an open letter to Virgin Atlantic’s 8,571 employees, Richard Branson said he needs £500m from the Government to prevent the airline’s collapse as the “uncertainty” in the travel market, caused by coronavirus, continues. He maintains he is seeking a commercial loan which will be “repaid on commercial terms.”

The business mogul has already come under fire for making Virgin Atlantic staff take a six-and-a-half month wage reduction, including eight weeks of unpaid leave, which he says was done to “save as many jobs as possible.” He also said his staff supported his decision and “unanimously decided to take a wage reduction” in order to preserve jobs.

Critics, including a number of politicians, claim Branson is able to pay his staffs’ wages in full for at least a period of time. Tory MP, Richard Fuller, believes if Branson relinquished the business interest he makes “for eight weeks”, he would be able to pay Virgin Atlantic employees.

In his petition for government funding, Branson has used easyJet’s £600m public cash injection as a case for Virgin Atlantic to be awarded a similar amount, saying; “the reality of this unprecedented crisis is that many airlines around the world need government support and many have already received it.”

The Government rejects his first bid

While the aviation and travel industries have been among the most affected sectors since the outbreak began, where 50m travel jobs could be lost globally according to the World Economic Forum; Branson is yet to persuade the Government that he deserves the bailout money.

In fact, his initial bid left officials “unimpressed” and questioned whether he had fully explored other funding options. The rejection shouldn’t have come as a surprise to Branson, as the chancellor has said the Government wouldn’t pursue a national bailout of airports and airlines.

Sunak also said airline and airport firms should exhaust other methods of funding before turning to state aid.

However, Branson isn’t the only high profile business owner taking advantage of the Government’s coronavirus support measures, retail magnate and Arcadia Group owner Philip Green is doing it too.

Like Branson’s Virgin Atlantic, Green’s business is a big employer in the UK. But since the coronavirus outbreak began, he has been asking the Government for support and recently furloughed 14,500 of his staff.

The retailer is also tightening the Arcadia Group’s purse strings. In a style Green has employed before with his old company, British Home Stores, he has suspended pension payments, but this time to the Topshop retirement scheme. Green’s wife, as a majority owner of the Arcadia Group, (that also owns retailers including Burton, Miss Selfridge and Dorothy Perkins), is being pressured by pension experts to “plug the difference” in the pensions gap before history repeats itself.

As the Government’s coronavirus support schemes were largely aimed at the nation’s small-to-medium firms, we wanted to hear from SMEs themselves on who they think should be getting the funding…

Ranbir Sahota, founder of technology PR firm, Vitis PR says coronavirus could have been an opportunity for business giants like Branson and Green to ‘give back’ to their workforce;

“As a result of COVID-19, I’m pretty sure we will all face tax increases, so to hear that the likes of Richard Branson and Philip Green want public sector hand outs is appalling. Virgin asked staff to take eight weeks unpaid leave, and Green left a lot of BHS staff no doubt feeling scared and vulnerable about their pensions – but he did cough up in the end with some pressure thankfully.

While most SME owners are trying their best to keep afloat and support their staff, these guys didn’t do the right thing.

I can imagine that some SME owners are having to fall back on their own savings to bailout their companies. These two have huge personal fortunes – now is the time for them to use some of them to help their employees at what is the biggest crisis the world has seen for years.”

Richard Skellett, founder of social enterprise Digital Anthropology says the Government should prioritise SME funding and that big players like Branson and Green are taking advantage of the system;

“The Government must be doing more to ensure that SMEs are supported before jumping to the rescue of Richard Branson or Philip Green. Those organisations have taken advantage of furlough and have routes to support that SMEs do not have. It will be the SM’s that will fuel the growth in our economy and it’s those organisations who operate simple structures. Those SMEs don’t have complex global tax structures to avoid tax. It’s those simple tax structures that will return funds to the government not those moguls who avoid tax.”

“The current pandemic is unbiased in its ability to interrupt businesses both large and small and even global names such as Virgin are not immune.

Larger businesses, unable to provide the same services as before, probably have a much greater height to fall from in this situation.

“Iconic entrepreneurs like Richard Branson are potentially in a position to batten down the hatches without government assistance, however, it isn’t just the billionaire at the helm that should be considered, it is also the thousands of individuals that make up the company.

“With no simple antidote available for businesses, every outfit of any size and scale now needs to make tough choices and brace themselves for the economic consequences of COVID-19. Any government funding should be agnostic in size and dependent on the merits and future of the business.” 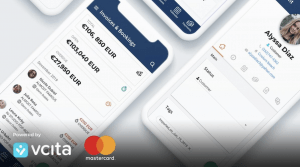 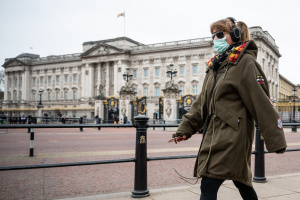