Previous posts on reshaping government have prompted much reaction, particularly about the way that government currently buys services. The opening up of government contracts to small businesses is, of course, one of the Conservatives’ big themes, under the “post-bureaucratic age” moniker.

David Chassels, who runs his own business, Procession Software, calls government wastage on IT schemes “a national scandal”. He says that there is no incentive for government to buy cost-saving technologies. He’s written to permanent secretary at the Department of Work and Pensions, Sir Leigh Lewis, to make the point that: “Innovation from SMEs for IT contracts has been denied with no mechanisms in place to adopt cost saving innovative technologies.” As a result of such a regime, government contracts inexorably flow to large IT suppliers, he insists. He calls this “dumb buying.”

One is quickly in the land of geekery on such subjects. Chassels claims that the closure of the research unit at the Office of Government Commerce (OGC) has adversely affected UK Govt’s ability to make sensible procurement choices, and that breakthroughs in applications development should reduce government’s dependency on the mega-IT vendors.

I’ll confess to a natural sympathy and scant knowledge on such details, but I do respect the excellent industry title Computer Weekly, which has argued for years that an unholy marriage between public servants and the biggest IT suppliers stifles proper innovation in public services.

What’s undeniable is the scale of the spend.

Here are just a few numbers to play with:

Will such issue make it onto the hustings? It’s a long shot. But, at a time when every penny of public expenditure goes straight on top of existing debt, let’s imagine our public services delivered by really slick, fast, flexible technologies with accountable suppliers offering a great service. Heaven forbid, some of it could even be developed by innovative British businesses! 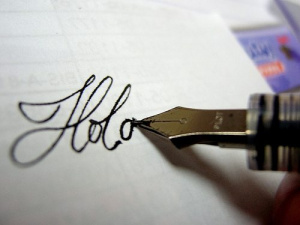