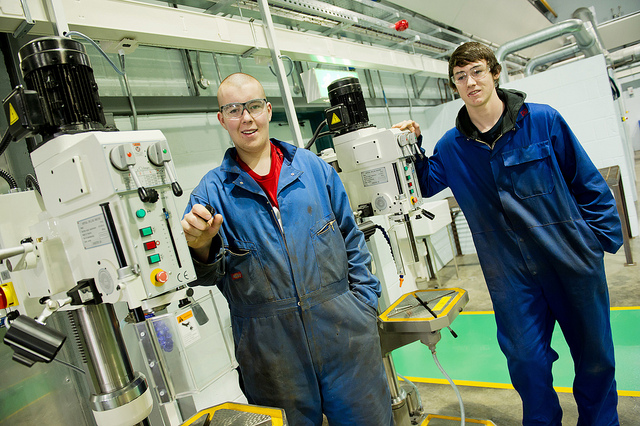 The campaign will also have targeted advertising and a new scheme to boost the number of skilled science teachers alongside the pledges from businesses. The advertising campaign will be spearheaded by Edwina Dunn, who co-created the Tesco Clubcard, and an independent board of eight entrepreneurs and advocates. They will transform the way young people think about maths and physics and the careers to which they lead. In addition, top firms including Barclays, Tata Consulting, National Grid and GlaxoSmithKline, are also sponsoring a new scheme called Maths and Physics Chairs?, to recruit post-doctoral graduates to become science and maths teachers injecting top-level expertise into schools with poor progression in these topics. Last year the Chief Scientific Advisor at the Department for Business Innovation and Skills published a report calling on government to inspire more young people to take up engineering. The Perkins report identified the industry suffered misconceptions which deterred young people from pursuing careers in this field. Subjects like maths and physics are also becoming more important, not just in science and engineering, for an increasing range of high paid careers in fields such as marketing, technology and design. However, despite recent progress and growing numbers of young people taking GCSE physics and A-level maths, at age 16 there is a steep drop off; in physics the number falls from around 150,000 to 32,000 including just 7,000 girls choosing to study the subject. George Osborne said; Backing growth in sectors such as science, tech and engineering are part of our long term plan to deliver economic security and sustainable growth for a more resilient economy. This campaign, which brings together some of Britain’s best businesses, institutions and government, will help inspire young people into jobs in these exciting sectors that are essential to our economic prosperity.? Pledges include: Image source By Shan? Schutte