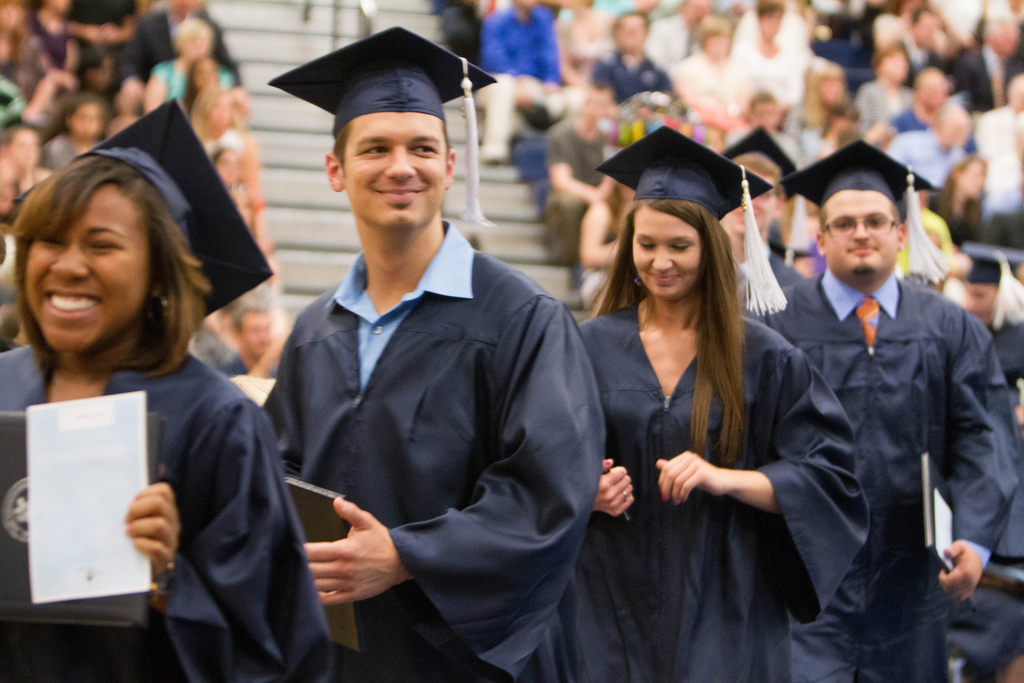 12.4 per cent went on to higher education, actually representing a slight decrease.?The researchers theorised that the economic recovery made graduates less wary of entering the job market. Of the rest: 5.6 per cent were combing work and study, while 4.3 per cent went on to do something different. 66.3 per cent of new graduates had moved into professional and managerial work; 53 per cent of which had taken more typical graduate jobs like retail and bar work. The average salary for a graduate ranged between ?18,615 and ?22,785 Image source