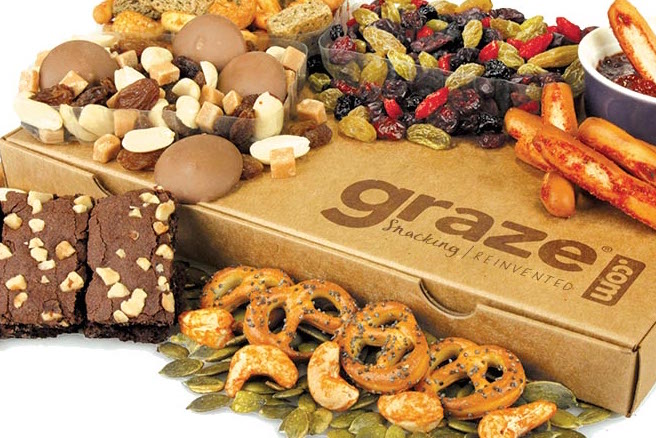 Gibbs remembers well going home to his wife and telling her he?d just met the company he ultimately wanted to join. Back then he worked in the transaction department at PwC, conducting due diligence on businesses ahead of M&A deals.

He?d been with PwC for eight years, gaining qualifications and exposure to sectors such as internet and technology. Before that, and during the infamous dot.com boom and bust, Gibbs had dipped his feet into the startup world after leaving university.  His broad role there showed him how technology was changing things and provided an insight into entrepreneurial businesses and the kind of people that ran them. After came a stint at a technology consultancy, working on projects such as the initial allocation of 3G licences to mobile operators. Looking back at the moment he left PwC to join Graze, a subscription snack company, Gibbs told Real Business: ?In essence it was the best job interview you could have. I spent two months working with the senior management team.?

When Gibbs joined Graze in 2012 it had one core product, a variety snack box that was being sold in the UK. The business was at the forefront of a healthy snack drive that delivered tailor-made boxes to the homes of offices of customers. In the time that Gibbs has been CFO, Graze has introduced a kids range, breakfast range and is about to unveil a larger sharing size option. On top of that, the company now has a firm foothold in the lucrative US market. Describing what has been at the centre of the growth, Gibbs added, ?Data has been at the heart of what we?ve done. As we?ve gone on the complexity of the data has increased, but with that our ability to use it to drive forward has improved. ?A good example is how we look to segment our customer base. The fastest growing segment is actually suburban mums, away from the perception that we focus on young office workers.? Read more about Graze: The core of the technology team came from LOVEFiLM, a business that Graze backers DFJ Esprit and Octopus Investments also backed. The business has invested heavily in data analytics from a technology and team standpoint, and now has six data scientists whose job it is to analyse, draw insights and make good decisions. This valuable information has informed Graze with its entry into the US, helping with factors such as marketing. His role as CFO is one which Gibbs views as a very interesting one. ?I?m expected to be strategic on one hand, being number two to the CEO in terms of being at board meetings and helping develop strategy. But I?m also expected to be right in the detail.? As Graze has grown over the last two years Gibbs has become involved with interpreting the data collected and ensuring the company is focused in the right areas. As a tight knit senior team, Gibbs says all of their efforts come back to the customer. Technology, marketing and finances all come together to deliver a customer experience online, he added. Despite it being his first executive finance role, Gibbs agrees with the growing perception that the role of an FD is changing and expanding. ?There was a time when they were seen as just number people, delivering clean audits and sets of numbers,? he commented. ?The expectations are much greater now, as they?re seen as part of the strategic decision-making process. With the increase of data, the FD is often involved in that analysis side of things and building the team around it.? Not that the role of having to be all over the numbers has gone away, far from it he said. There is still also a need to manage different stakeholders. The first few months of the new year at Graze will be spent launching its new larger box and judging the performance of it using, you guessed it, more data. With the company?s year end in February, there will also be a bit of budgeting to do so the direction can be set for the next few years. All in all it will be an ?action-packed quarter?, Gibbs revealed. By Hunter Ruthven