In October 2016, an Employment Tribunal ruled that Uber drivers were to be considered workers and therefore had rights to paid holiday leave and National Minimum Wage. The tech giant was non-too-happy with the outcome and appealed against the decision – a battle it didn’t end up winning.

While many welcome its recent loss, the decision has thrown some confusion onto the definition of the word self-employed. According to Seb Maley, Qdos Contractor’s CEO, “We cannot afford to confuse gig economy workers with self-employed freelancers and contractors who, in the vast majority of cases do not need nor want such benefits.”

The concept was further expanded on by Chris Bryce, the CEO of IPSE, who suggested a key element of being a full-time employee was turning up for work even if you didn’t want to, something gig economy workers didn’t do.

“Uber drivers choose when and how long they work for by logging on or off the app,” Bryce said. “The growing number of similar employment tribunals shows there is a fundamental lack of clarity over what it means to work on your own behalf. The government needs to seriously consider introducing a statutory definition of self-employment. Working for someone on a self employed basis ?

“It would bring greater certainty and reduce the need for further tribunals. This would help both individuals unsure of their status and companies wishing to engage people on a self-employed basis.

“Another issue is that, for example, those driving through the Uber app value the flexibility the platform affords. Ruling them as workers would hit the flexibility both they and the company seek.”

Potential changes to IR35 legislation can confuse the situation even further. Many have suggested chancellor Phillip Hammond will hand the responsibility for determining employment status to companies in the private sector in his Budget on 22 November.

“Without the right measures in place to ensure these companies are making well-informed employment status decisions, potentially millions will be impacted,” Maley exclaimed.

Of course, Maley has called for calm and urged companies to take the initiative should expected IR35 changes be announced .

“Preparation is key, and private sector companies and recruitment agencies must take the initiative by opening discussions with placed contractors and begin to think about how to contribute to well-informed IR35 decisions.

“The cost of blanket and inaccurate IR35 decisions in the sector would ultimately be huge to the UK’s millions of private sector companies.” 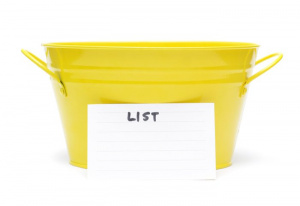