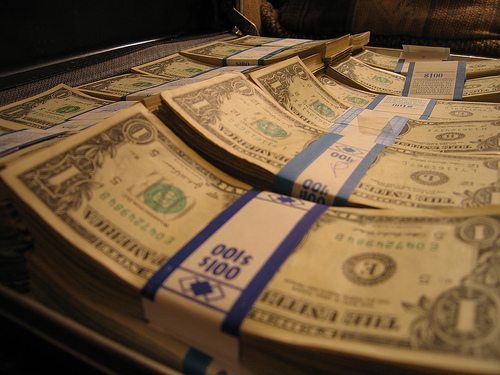 I am, of course, talking about his speech at the end of November which referred, apparently fondly, to Gordon Gecko, that infamous fictional denizen of Wall Street and originator of one of the great lines in any film about the world of business, ?Greed? is Good?.

Of course, as often happens when Boris takes the stage, his delivery can bury what might actually be a defensible, perhaps even sensible, message. And this time, I would argue, it well and truly buried something I sincerely believe in. That capitalism can be a force, not just for personal benefit, but for the wider social good. If you could find the time to read or listen to the speech you would come across the bit where the ground opened up under Johnson and large sections of the media started to rub their hands in glee.  But let me spare you the trouble by repeating it here –  “I hope there is no return to the spirit of loadsamoney heartlessness ? figuratively riffling banknotes under the noses of the homeless ? and I hope that this time the Gordon Gekkos of London are conspicuous not just for their greed, valid motivator though greed may be for economic progress, as for what they give and do for the rest of the population, many of whom have experienced real falls in their incomes over the last five years.” If we take the charitable view that London?s mayor isn?t actually either stupid or an agent of the devil, then we might read this as a suggestion that we go back to the sort of paternalistic capitalism we saw in the nineteenth century, when many successful entrepreneurs felt that ?doing good works? went hand in hand with the accumulation of wealth. But, while I agree that the idea of ?giving something back? should be applauded and encouraged, this is not where the real benefit of capitalism lies. There?s lots of fashionable talk about social entrepreneurship these days, about the creation of sustainable businesses and ethical products and services. And, while I?m right behind the development of such worthy enterprises, I think it?s unfortunate that not enough attention is given to the good that conventional entrepreneurship can achieve around the world. In my view the key thing to recognise is that conventional entrepreneurship and social entrepreneurship do not have to be two separate things and they certainly do not have to be mutually exclusive.  Businesses that are inherently ?good? in some way can generate excellent financial rewards while less obviously virtuous ones can have demonstrable social benefits. What is essential is the liberation and fostering of entrepreneurial spirit. Take for example our operation in India, where we?ve built a network of some 35 franchised offices in recent years.  By tapping into the will and ability of Indian entrepreneurs and providing them with the support they needed to start and run a new venture, we?ve ended up with a classic win-win. We benefit as an organisation, our franchisees generate the financial rewards they seek and this in turn allows them to plough money ? and employment ? back into their local economies. Capitalism didn?t win its long battle with communism by accident. It won it because it works. What we need to do now is to show the next generation of entrepreneurs that making it work shouldn?t cast you as either hero or villain. Helping yourself while helping society shouldn?t just be an aspiration. There?s no reason why it shouldn?t be a day-to-day reality. Tony Goodwin is founder and chairman ofAntal International. Image source