Small businesses are the lifeblood of our economy. This vital sector accounts for 60 per cent of British jobs and contributes to 50 per cent of UK GDP. But they are enormously sensitive to external pressures, namely economic turmoil overseas.

The Greek crisis is one such force with potentially devastating consequences for British SMEs.

At a time when small firms are already struggling from high inflation, rising taxes, constricted bank loans and reduced consumer spending, the Greek crisis could worsen the economic climate for SMEs drastically, primarily through even tighter bank lending.

In Britain, we are currently targeting a rebalanced, export-led economy, but conditions in the periphery are such that trading relations are being stretched to the limit.

Economic strife is leading to greater non-payment or mere part-payment of invoices to SMEs throughout the Eurozone, which can be hugely damaging to companies that are already struggling with cashflow.

In these tough economic conditions customers are increasingly looking to cut corners. Enterprises of all sizes are desperate to hold onto business, which often means they are bullied on payments.

Intimidation of small firms is occurring across Europe, however UK SMEs are suffering particularly badly. British businesses are losing 3.2 per cent of money owed – a considerable increase from 1.8 per cent in 2008 – which may well have contributed to the 20 per cent decline in British trade over the past year.

A recent survey by the Swedish credit management services group Intrum Justitia found that more than half of British companies fear for their survival because of late payments, with 65 per cent stating that the problem is hampering their expansion. If the Greece situation worsens, we can expect these figures to deteriorate accordingly.

Aside from increasingly unfriendly trading conditions, SMEs are exposed to a wider decline in the global banking system, as expressed by Monetary Policy Committee member Adam Posen, who argues that SMEs are the most vulnerable sector to any banking crisis that may occur.

UK banks do not have the largest direct exposure to Greek debt by any means, but the exposure of German, French and US banks to Greece means that the UK would inevitably be dragged into financial chaos. In fact, many commentators have cited potential financial consequences as more destructive than those we saw after Lehmann’s collapsed.

The likelihood is that Greece will receive its second bailout in two years and the problem will be numbed for another year or two. But while a chaotic default is likely to be avoided, we are still in unprecedented territory and the financial consequences of what rating agencies are still likely to label a “credit event” or a “selective default” are uncertain.

Any shock waves felt in the global financial system will make their way quickly to the door of UK SMEs, which is why it is imperative that the British government is alert to the potential dangers for small enterprises.

In turn, small business owners need to be particularly mindful of their own exposure to foreign currency risks so they can focus on more immediate priorities closer to home.

My advice to business owners is to focus on your debtors rather than just chase sales and make sure you do your due diligence properly. Thorough research into potential customers should help avoid any nasty surprises further down the line.

Rupert Lee-Browne is the founder and chief executive of currency and foreign exchange specialist Caxton FX. 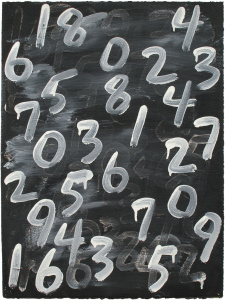 Inflation falls to 4.2% in June

How to think yourself out of a downturn