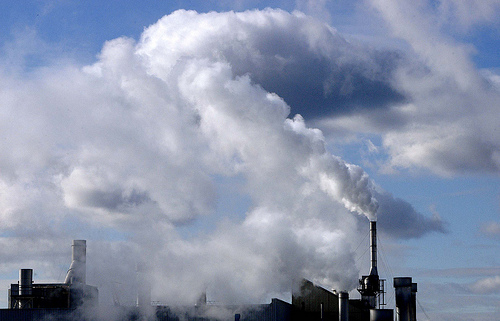 In its new report ‘Standing on the Sidelines‘, Oxfam says that the ‘big ten’ emit more than Finland, Sweden, Denmark, Norway and Iceland’s total of 250m tons of greenhouse gases.

In fact, some of the ‘big ten’ – Associated British Foods, Coca-Cola, Danone, General Mills, Kellogg, Mars, Mondelez International, Nestl?, PepsiCo and Unilever – admit that climate change is already beginning to harm them financially.  Unilever says it now loses ?246m a year, while General Mills reported losing 62 days of production in the first fiscal quarter of 2014 alone because of extreme weather conditions that are growing worse because of climate change.  The food industry drives around 25 per cent of global greenhouse gas emissions and of the ‘big ten’s’ total emissions, about half come from the production of agricultural materials from their supply chains, yet these emissions are not covered by the reduction targets the companies have set.  This shows that companies are not doing enough despite the threat climate change poses to the sustained supply of ingredients they need for their products, their economic might and the need to feed a growing population.  Between them, they generate ?650m a day in revenues, equivalent to the total gross domestic product of all the world’s lower income countries.  Image source By Shan? Schutte