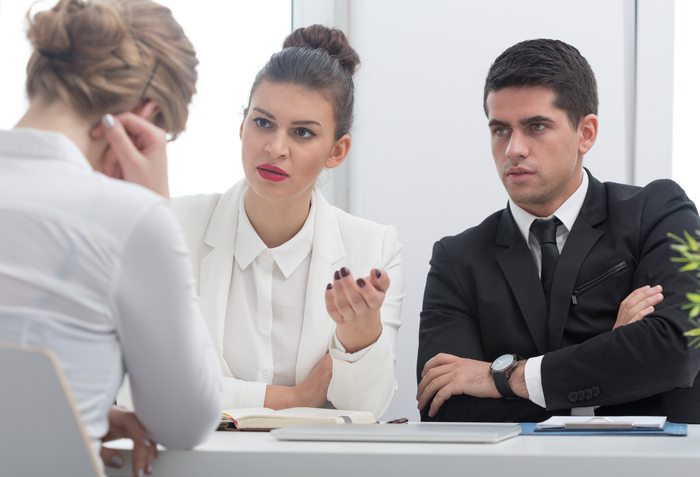 Share via
No one wants to acknowledge that some employees don’t do their work or resort to bullying. We re adults, after all, but alas these things happen. That being the case, it’s handy to have grievance and disciplinary procedures ready for when the occasion arises. Here’s a few things to keep in mind when you formulate your own, as set out within the Acas guide think of it as your best friend.

Setting out the grievance process

Grievances are complaints raised by employees about work, spanning workload, environment and evencolleagues. Your company should be making it easy for staff to get these views, even if negative, across. Namely, you should share your?grievance procedure with employees from the outset that’s law, the Acas guide is very specificAbout this. You really need to read it. If an employment tribunal later finds you didn’t follow the basicsthen up to 25 per cent compensation can be awarded to staff, but I?digress. Often included in the pages of the employee handbook, information about your grievance and disciplinary procedures?must include who to contactAnd be written in a clear and concise manner. Managers should also be given knowledge on what actions are considered reasonable. This way,the situation can be handled fairly and consistently. It’s normally suggested employees put their grievancesAcross in writing, after which their line manager will take them to the side to find out more about the situation. It’s best to tackle the problem quickly, which can be done quite efficiently in terms of workload issues, but it’s when other people are involved where things get tricky. In this case, one would hold a meeting with the employee raising the complaint, to which they are allowed to bring a companion. In case you’re wondering, yes, said companioncan voice their opinion. No, they can’t answer on behalf of the employee. Staff should also be allowed to explain their problem and how they think it should be resolved. Take minutes for all grievance meetings it will help later on if a disciplinary meeting occurs.

The discipline end of things

It may sounds simple, but never jump to conclusions;?look for the facts first. And sometimes a written warning does the trick,especially when it comes to misconduct or poor performance. Stipulate for how long the warning will remain current. If the situation hasn’t improved since then, a final warning should be sent their way. In the eyes?of Acas though: “If an employee’s first misconduct or unsatisfactory performance is sufficiently serious, it may be appropriate to move directly to a final warning. This might occur where the employee’s actions have had, or are liable to have, a harmful impact.” Any written warning will need to containAn explanation of what will happen if things don’t change for the better. This could be anything from demotion to dismissal, but we’ll focus on the disciplinary meeting otherwise called a hearing. You’ll need to clarify in writing what complaint has been made against them and inform themA?disciplinary meetingis to take place. Time, place and venue are the fundamental basics you can’t miss out. If any evidence has been provided by the employee who filed the complaint, then include them with the notification. This affords them with preparation material. As was possible with the grievance meeting, the employee has the right to be accompanied, if you so allow in the case of a hearing and the same rules apply. Tell them what you’ve heard and allow them to put their own point across. Then decide on which action, if any, you plan to take and tell bothemployees involved. If an employee files for an appeal against your decision yes, they can then it’s best to involve a manager that wasn’t part of the procedure to take a second look. Image: Shutterstock By Shan” Schutte</a ></em ></p >