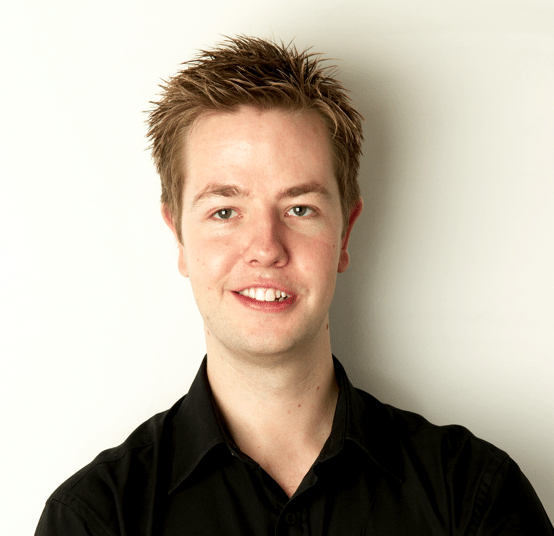 Share via
Groupola had 200 handsets to sell, but over five million people tried to log on to Groupola’s site. How did the deal go wrong? When Groupola, the group buying site set up by the already-controversial entrepreneur Mark Pearson (who’s also the founder of MyVoucherCodes.co.uk), sent a marketing e-mail around claiming to offer a number of SIM-free iPhone 4s for the knockdown price of ?99 ? as opposed to its normal retail price of ?499 ? the deal seemed too good to be true. And yet that seems to be the case for many this morning. Groupola?s website immediately crashed under the strain of the high-volume web traffic, and rumours are circulating on Twitter that the whole deal may have been a con. This is definitely not the case. I spoke to one of the lucky buyers, Dean O’Brien, a recruitment administrator based in London, who confirmed that he’d managed to bag one of the iPhones: “The site wasn’t working at 9.30 this morning, so I went into work and tried again,” he told me. “At around 10.30 I managed to get through to the deal. The deal area still wasn’t loading properly, so I refreshed again and it seemed to work. So I put in my credit card details, and a couple hours later got an e-mail confirming that the deal had ‘tipped’, and that I’d be sent my iPhone in the next few days.” Although O’Brien was ecstatic at being one of the lucky few, the unlucky are less forgiving at Groupola’s web problems and now Mark Pearson is feeling the wrath of the Twittersphere. Just search for “Groupola” in Twitter, or have a look at some of the comments below. But that’s not the point. It isn’t about the deal being real, it’s about how Groupola managed the process: poorly. Although sometimes a controversial figure, Mark Pearson is a clever entrepreneur and should have planned this better. Poor planning Offering the new iPhone 4 for ?99 was always going to attract a huge amount of traffic to Groupola. The iPhone 4 has been sold out from most O2 shops throughout the UK, and it’s become Apple’s fastest-selling product thus far. It therefore made sense for Mark Pearson to try and capitalise on this through Groupola. But he should have known that he would never be able to satisfy demand, it was always going to outstrip the supply massively. In fact, so much so that Mark Pearson should have known that the vast majority of customers would be leaving Groupola with a sour taste in their mouthes. He also should have predicted the massive onslaught on Groupola’s web servers. Groupola should have expected a massive peak in traffic, and not found itself overwhelmed and lost.?Certainly from my personal experience, although I was very excited at the prospect of bagging a ?99 iPhone 4, I wasn’t impressed when Groupola’s website wouldn’t load this morning. To be fair, ahead of the deal, Mark Pearson warned customers that they?d have to be very quick. He made it clear that there would only be a limited amount of handsets, but it was anyone’s guess just how many (or how few). He told the?Guardian: ?This is a closed deal; in that it?s only available to people that receive Groupola.com?s daily deal alerts. We have a limited number of handsets available, so my advice is to open the link the second the clock ticks over at 9.30am ? by 9.31am; you may already have been too late.? Failure to communicate Regardless of the deal being real, it’s the public’s perception that matters the most here. It seems that Groupola and Mark Pearson really got it wrong this time. Consumers’ main gripe is that they had to pre-register their interest for the iPhone 4 by signing up to Groupola’s daily alerts. This is the main problem. If Groupola had just held it as a regular daily deal (where you don’t have to pre-register for Groupola’s marketing emails), I’m fairly confident the backlash would have been less strong. Don’t forget that Groupola claims to have received over five million hits this morning ? so that’s a lot of people signing up to Groupola’s daily email alerts. For Groupola, the question is whether this list of registered customers will be of any use. What can you do with a list of angry prospects? I doubt that many will be happy to continue receiving daily alerts after today, and will probably just mark Groupola’s emails as “spam”, binning the brand as junk forever. Groupola have thus far tried to control the PR damage by issuing statements via Facebook and Twitter to try and reassure customers, but it looks like the damage has already been done. Groupola’s biggest failure was its communication this morning. The website was down for a long time before Groupola made any statements on Twitter or Facebook. Groupola’s comms team was reactive rather than pro-active ? a big PR no-no. You can Groupola’s latest statement below. Today’s screw-up is set to do Groupola’s reputation more damage than good. Sure, it got people talking about Groupola, but for the wrong reasons. Many potential Groupola customers have been turned into angry consumers. We?ll try to get comments from Mark Pearson and Groupola later today. In the meantime, what’s your reaction? Should Mark Pearson never have offered the deal, or was the hype worth it? Is all publicity good publicity? And, of course, what do you do with a database of unhappy consumers who pre-registered? Should he just get rid of it?   UPDATE – Groupola has issued a statement: “Groupola is currently experiencing a number of website issues which means that it appears down to a high number of users. This is because of the sheer volume of people that are trying to access the website to take advantage of the iPhone4 deal. Between 9 and 9.30am this morning more than 5 million people have attempted to log on to the site, far more than was anticipated. We can confirm that we had 200 handsets available, and these have now sold out.