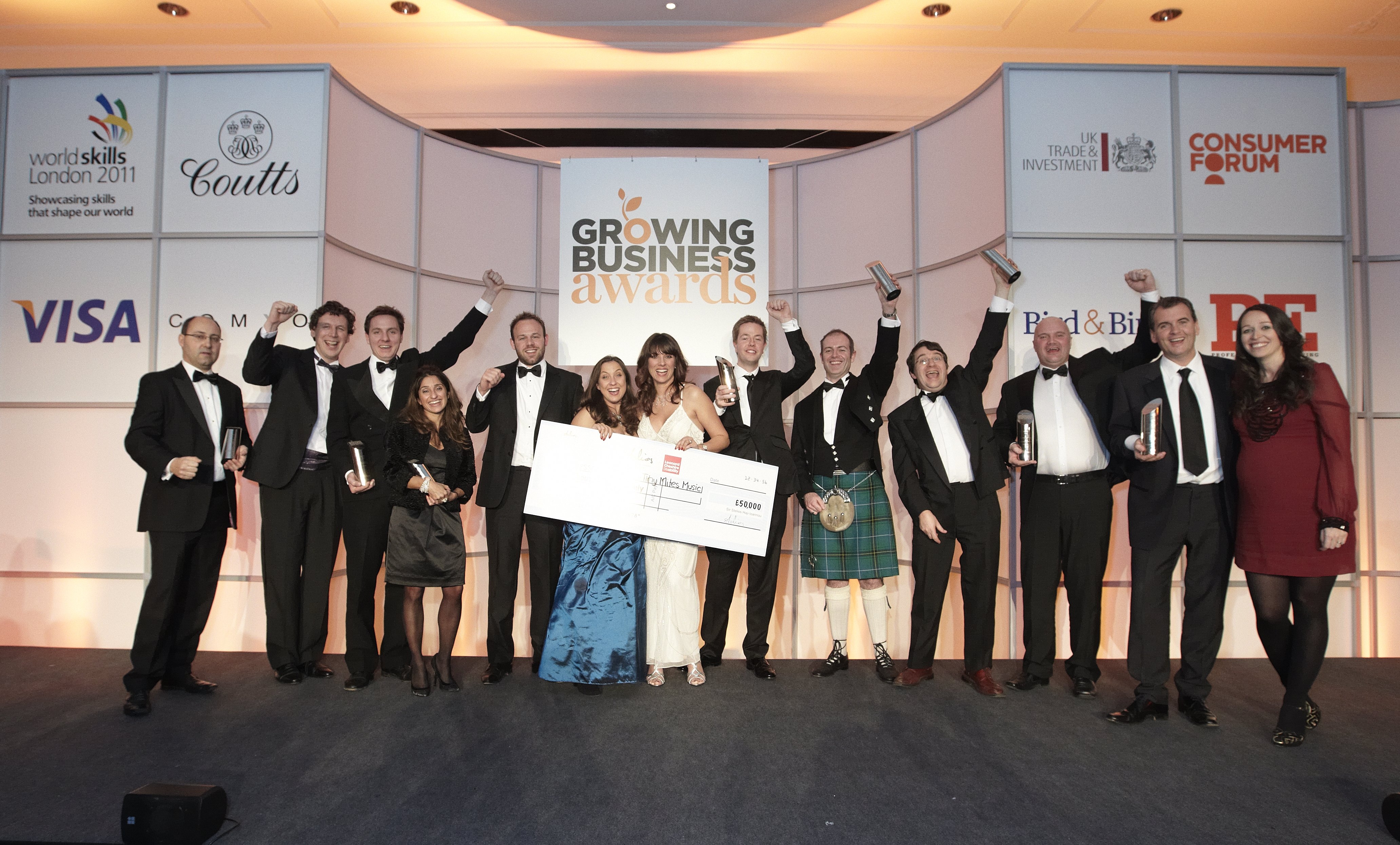 Share via
11.12pm: Put your hands together for the winner, Greenergy. Set up in 1992 by Andrew Owens, this £2.8bn-turnover juggernaut supplies fuel to the largest buyers of fuel in the UK oil companies, bus and logistics groups. 11.10pm: Phones 4U legend John Caudwell is up to present the final award of the evening. Get ready to hear our 2010 Company of the Year.
11.02pm: “None of the shortlisted entrepreneurs were prepared to accept the status quo,” says RB editor-in-chief and tonight’s host, Matthew Rock. This year’s Entrepreneur of the Year is… Errol Damelin, founder of online money-lending service Wonga. 11pm: And now it’s a biggie, Entrepreneur of the Year…
10.52pm: There’s excitement in the room. Stelios is up on stage! He’s here to announce the winner of the Stelios Award for Disabled Entrepreneurs, supported by Leonard Cheshire Disability. This year, 28 people applied, competing for a £50,000 prize. “My aim is to spread the word about this award and boost nominations,” says Stelios. The 2010 winner is… Vanessa Heywood, who runs Tiny Mites Music, providing music and movement classes for babies, toddlers and pre-school children. “I can’t believe I won!” exclaims Heywood. 10.50pm: “Our future is in this room,” says Paphitis, as he prepares to present the next award, Young Entrepreneur of the Year. “They’re the people who are building businesses, paying taxes and hopefully covering our pensions!” The winner for this category, sponsored by Bird & Bird, is… Mark Pearson. His company, Markco Media, owns a number of successful websites, including UK-based MyVoucherCodes.co.uk and Groupola.com, American website CouponCodes4U.com and German discount site TopGutscheinCode.de. “This isn’t for me, it’s for my team,” says the modest Pearson as he collects his trophy. 10.45pm: Well done to Magmatic for scooping the Young Company of the Year award. Founder Rob Law (sporting a Movember beard) says, “My greatest achievement is the team behind Magmatic. What a journey! I also want to thank my friend down here [points to Theo Paphitis sitting in the audience] for helping us to build the brand in the UK.” 10.40pm: Sipping some champagne and waiting to hear who will win our next award, Young Company of the Year. 10.35pm: The next category, New Product of the Year, has joint winners. The audience oohs and ahs. The gongs go to freemium magazine Stylist and TrueCall, which has designed, patented and built a sophisticated call-blocking gadget. 10.25pm: Presenting the People and Performance Award is Reading FC chairman Sir John Madejski. And the winner is… pie-maker Higgidy. The judges said of this company: “It’s destined to be a major food brand in the future.” [We’ve tasted Higgidy’s pies and can guarantee they’re delicious!]