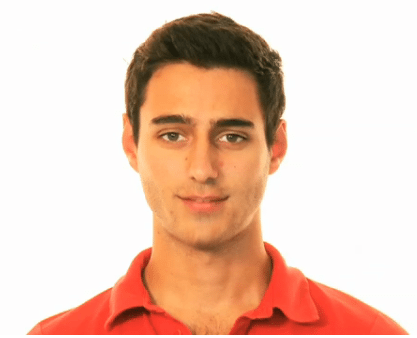 Share via
The Young Entrepreneur of the Year category is set to wow the judges this year. From ethical bread makers and green film producers to high fashion, toy and gadget entrepreneurs; this list showcases the best of young Britain. Some of their businesses have already achieved success; others are still growing. One thing is certain – all of the candidates have a promising future. Congratulations to the entrepreneurs below: one of them will be crowned our Young Entrepreneur of the Year at the awards ceremony on November 25. Here they are: Girl Meets Dress co-founder Xavier de Lecaros-Aquise has been managing two startups since January 2009. He founded his first startup, Crepex, straight out of university, employing seven people within 12 months and winning corporate catering clients such as SkyOne, Tour de France and Hermes. Alongside Anna Bance, de Lecaros-Aquise then helped fund, design and code the Girl Meets Dress website, signing up over 90 designers and 750 dresses, and winning a range of awards for the company in the last year. He also runs corporate finance boutique firm Bryan Garnier & Co, for which he recently successfully raised £10m from Atlas Ventures, despite it only still being a pre-revenue online startup. Clearly a future leader, and a strong contender for the category. Duncan Glendinning founded The Thoughtful Bread Company, an artisan bakery based just outside Bath, in December 2008. But Glendinning isn’t just a baker – he’s a true entrepreneur and environmental champion. Glendinning founded his first business while at university, launching a local student discount card scheme from funds he was awarded by the Prince’s Trust. Once the business took off, he sold the scheme to the student union. His passion for green issues then led him to launch his bakery, where he grows his own herbs, forages for ingredients in the wild, and uses eggs from chickens living in his back yard. The next step for Glendinning is to diversify his “Thoughtful” brand, diversifying into other food ranges and products. Glendinning’s serial entrepreneur approach makes him an obvious candidate for Young Entrepreneur of the Year. There is no doubt that Mark Pearson should be included in the Young Entrepreneur of the Year category. His pedigree of successful businesses makes him a strong contender for the award. Pearson’s Markco Media umbrella company owns a number of successful websites including the UK-based MyVoucherCodes.co.uk and Groupola.com, American website CouponCodes4U.com and the German discount code site TopGutscheinCode.de. Pearson’s £10m-turnover business employs over 100 people, and more than 11 million unique visitors come to his sites each month. But he hasn’t stopped there – Pearson also runs a successful white label business, which includes partnerships with GMTV, Kelkoo, MoneySupermarket and others, offering them bespoke voucher and discount codes. You probably haven’t heard of Apollo Business, but you may have heard of Spinning Hat, the gift manufacturer. Spinning Hat is the brainchild of Jon Penn, another shortlisted candidate for Young Entrepreneur of the Year. Penn founded Apollo with Damon Bonser in 2005, when they were both aged 26. Despite having no experience in product design and only £5,000 to spend, Penn’s first product – the world’s first counting bottle opener – was a huge success, selling in excess of 12,000 units in year one. Today the business trades across the world and is expected to reach a £3m turnover, with gifts sold in high street shops such as BHS, John Lewis, Paul Smith and Selfridges. Tom Tapper is another young entrepreneur with enormous potential. His film production company, Nice and Serious, which he co-founded with university friend Ben Meaker, specialises in making films about environmental and ethical issues. Tapper spotted the opportunity for creating a business that specialises in communication on environmental and sustainable issues, and is now reaping the rewards. This 25-year-old entrepreneur now counts the National Trust, Ipsos Mori and the Energy Saving Trust among his happy customers, and the list is growing quickly. Through its environmental initiatives – such as carbon film-printing and carbon offsetting – Nice and Serious is now setting a green benchmark for the film production industry. Tapper is already leading the charge. Briitain’s finest business leaders and entrepreneurs will gather on November 25 at the London Marriott Grosvenor Square to celebrate the 2010 Growing Business Awards. All booking details can be found on the Growing Business Awards website. We’ll also bring you the inside story on all of our Growing Business Awards shortlists in a special edition of Real Business in December.