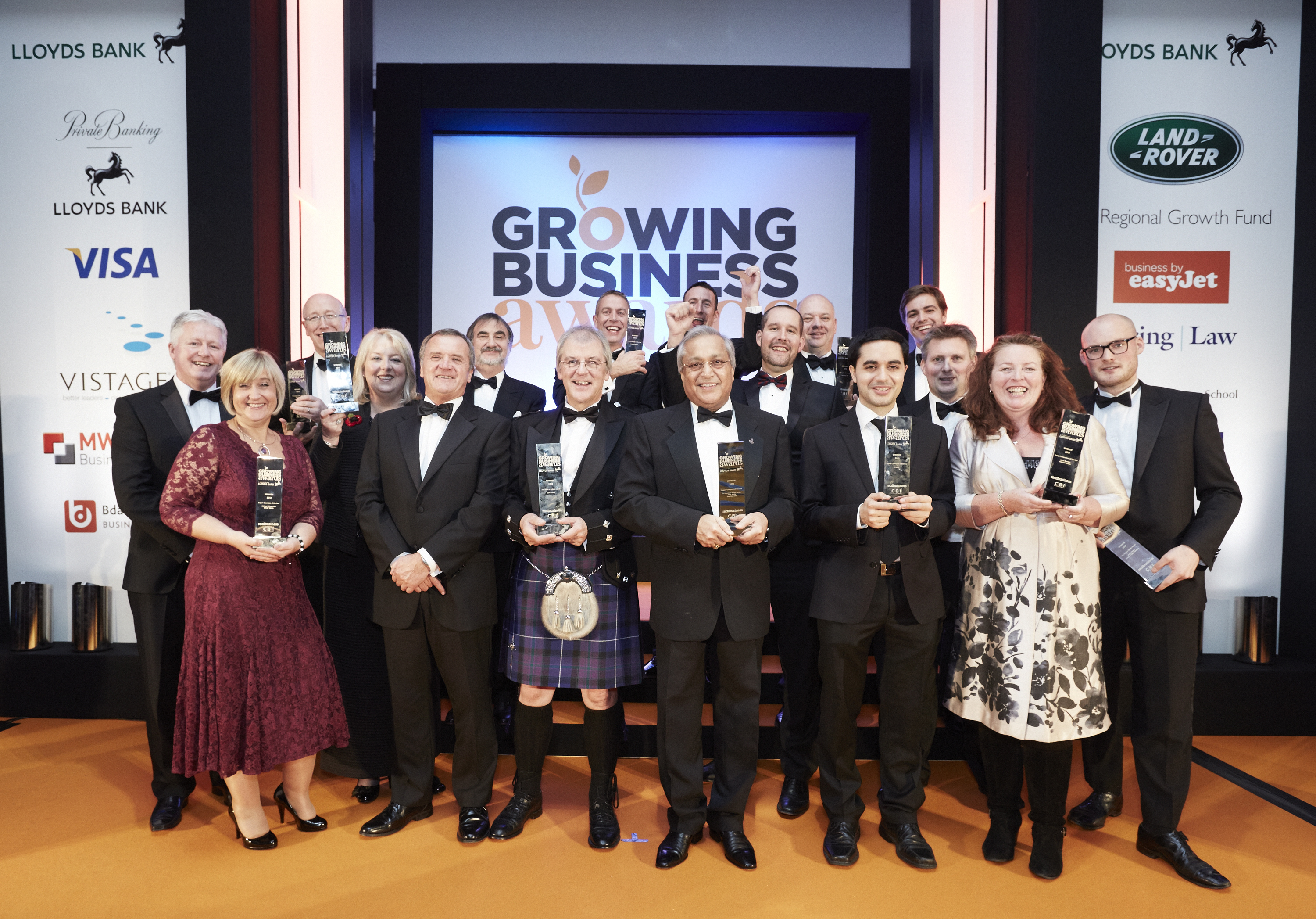 Share via
Some of the nation’s most talented and fastest-growing businesses, who have all shown that defying the difficult financial climate is possible, flocked to the London Marriott in what proved to be an epic night!

Chief Secretary to the Treasury, Danny Alexander, hailed the ?hard work, vision and risk-taking? of British businesses, but called on them to invest more. He said: ?We?ve done the emergency repairs. The engine has had a full service and is getting going again. But it won?t get into top gear until British business starts investing some of the half trillion pounds worth of cash it’s built up in reserve.? And Karan Bilimoria, founder of Cobra beer, shared his tips for success – namely thinking of going global as soon as you start your business.

Energy efficiency company Anesco stole the stage with two accolades, one of which was Entrepreneur of the Year. Founder Adrian Pike began his career as an apprentice electrician at the age of 16 and worked his way up to the executive team over a period of 27 years. He took the leap into entrepreneurship after studying the US and German energy efficiency models, realising there was a gap in the market. However, Pike stood out from the crowd with his ambition and his ?clear sense of fun, purpose and culture of sharing the gain.? They also scooped Young Company of the Year, highlighting the UK’s thirst for a more sustainable future. Anesco works with local authorities, businesses and homeowners to reduce carbon emissions and is truly taking the industry by storm. Arguably the GBA’s top accolades, however, were scooped up by Steve Bartlett, founder of Wallpark Online, and Zoopla Property Group. Bartlett was named Young Entrepreneur of the Year, while Zoopla was crowned Company of the Year ? Larger firms. E-commerce is set to dominate the world, with both online sites garnering significant attention. Three months into his university course, Bartlett felt unconnected to the other 100,000 students in the city. It was at that point that he dropped out to pursue his venture. But even without money or experience in building a website, he created a concept that attracted investment from major players in the industry. Meanwhile, Zoopla owns and operates some of the UK’s leading property websites, including Zoopla.co.uk and Primelocation.com. Acturis, a commercial insurance company, was awarded Company of The Year – Mid-Sized after showing strong growth and use of innovative technology to enable more effective definition of risk.?They were praised as ?outstanding on every level. Management is on a mission and they are tearing the competition to bits.? Augmented reality firm Blippar and advanced manufacturers Versarien were both honoured for their disruptive businesses models. The former was awarded Digital Champion of the Year after creating a smartphone app which can transform the appearance of solid surfaces viewed through the camera, while Versarien’s revolutionary metallic foams, which help cool computer servers, led to them being recognised as Innovator of the Year. The competition was so fierce in the Export Champion category, that there were two winners. Oliver Valves, a leading manufacturer of high-performance oil and gas valves to top energy companies all over the world, was praised for its impressive growth across the globe and Sun Mark founder Rami Ranger, who exports UK goods to developing or niche markets, wowed the crowd with his speech on fair play within the UK economy. From premium vodka to offshore engineering, construction and design, the two polar opposite joint winners for the Made in Britain Award highlighted the importance and further growth potential of brand Britain. Offshore Group Newcastle endeavours to challenge the perception that heavy manufacturing has left regions like the north-east for good, while Chase Distillery products are grown on-site in the only single-estate distillery in the UK. Full list of shortlist and winners for this year’s GBA: Export Champion of the Year: Oliver Valves and Sun Mark
Advanced Insulation
Fracino
MPM Products
Ukash Made in Britain award: Chase Distillery and Offshore Group Newcastle
FracinoOliver ValvesVersarien Innovator of the Year: Versarien
Direct Healthcare Services
Just Eat
Mesaplexx
Plan Bee
SwiftKey Local hero: Tony Banks, Balhousie Care Group
Katie Taylor, Drewton’s Farm Shop
Guy Mucklow, Postcode Anywhere
The Change Organisation Digital Champion: Blippar
Mubaloo
Nutmeg.com
Struq
WorldStores Young company of the Year: Anesco
Alva
FieldCandy
Neon Play
Secret Escapes
VouchedFor.co.uk Young entrepreneur of the Year: Steven Bartlett, Wallpark Online
Suelman Sacranie, 99p Shopper
Rob and Paul Forkan, Gandys
Rishi Raichura, Yorkshire Gas and Power Company of the Year ? Mid-Sized: Acturis Limited
ActivTrades
ECO Plastics
Gritit
ITH Pharma
Tusker
We Are Social Company of the Year ? Larger Firms: Zoopla Property Group
C M Downton
Churchill Retirement Living
de Poel
Forrest
WorldStores Entrepreneur of the Year: Adrian Pike, Anesco Limited
Chris Rea, AES Enhineering
Rob Halliday-Stein, BullionByPost
Alexander Temerko, Offshore Group Newcastle
John Treharne, The Gym Group
David J Brown, Ve Interactive