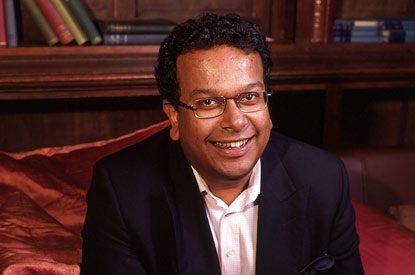 Mohsin Issa co-founded Euro Garages in 2001 with his brother Zuber, with a plan to consolidate the fragmented marketplace in independent petrol stations. In under ten years, through acquisition, they have grown the company from one outlet in Bury to an 80-strong portfolio of sites across the UK, with £285m sales and £9.5m profits. In the last 12 months alone, Euro Garages has created 200 jobs and has forged ground-breaking partnerships with Greggs bakers and coffee chain Starbucks, with its drive-through franchise. In 2009, Mohsin Issa and team also acquired the Bolton West motorway service station on the M61 – then ranked Britain’s worst motorway services – which they plan to transform in a £5m redevelopment scheme. James Benamor started the Richmond Group in 1999 at his mum’s kitchen table. Richmond is a great example of the innovation taking place in the financial services sector post-credit crunch. Richmond provides credit and finance to people who have been refused credit by the large banks. Described as a “natural entrepreneur”, Benamor has twice remodelled his business to adapt to the changing industry. Profits have grown 76 per cent a year from £2.7m in 2006 to £15m in 2009, and the number of staff has increased from a small team in one office to more than 350 staff across four sites. Richmond has been ranked ninth in the Sunday Times Best Companies to Work for. Errol Damelin built two successful businesses before starting his most ambitious yet – Wonga. The service aims to disrupt the UK’s consumer credit market, providing “responsible, objective lending decisions in milliseconds.” The Wonga site only went fully live in July 2008, yet has processed more than 1.4m applications since. Revenue for 2009 was more than £18m – an increase of 313 per cent on 2008. Wonga is growing sales volume at roughly 30 per cent month on month. Dr Darrin Disley is a scientist and serial entrepreneur who aims, with his latest venture Horizon Discovery, to build a £250m-plus company within five years. Horizon operates in the cutting-edge field of personalised medicine and is championing a break from the “one-size-fits-all” model that, he says, has failed cancer patients and tax-payers alike over many years. Disley started Horizon in 2007 to create a new class of research tools that enable drugs to be developed and prescribed based upon the unique genetic profile that defines an individual patients cancer. Iqbal Wahhab has acted entrepreneurially since the age of 11 when he bought stolen magazines from members of the National Front to avoid getting beaten up and then selling them in his school. He’s since gone on to be a journalist, magazine publisher and serial restaurant entrepreneur; his Cinnamon Club in Westminster is the highest-grossing Indian restaurant in the world. His latest venture, founded in 2005, is Roast, a British restaurant (in Borough Market and Westfield, London) and food brand. Iqbal is a socially aware entrepreneur, who has supported the Prince’s Trust over many years and who chairs the government body looking at minority unemployment levels. Growing Business Awards 2010 newsflash: Mark Prisk, business and enterprise minister and one of the most influential figures in the Coalition government, will be the keynote speaker at the 2010 Growing Business Awards, hosted by the CBI and Real Business. Guests will also be entertained by stand-up superstar Stephen K Amos, who is about to launch his Stephen K Amos Show on the BBC. Britain’s finest business leaders and entrepreneurs will gather on November 25 at the London Marriott Grosvenor Square to celebrate the 2010 Growing Business Awards. All booking details can be found on the Growing Business Awards website. We’ll also bring you the inside story on all of our Growing Business Awards shortlists in a special edition of Real Business in December.