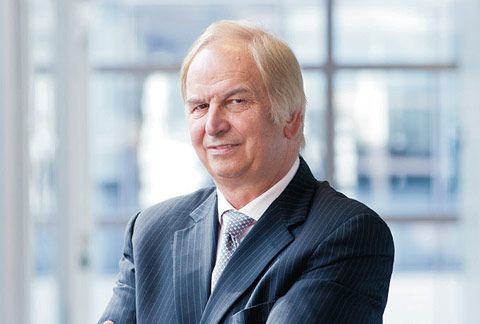 Although Growing Business Awards head judge Peter Cullum calls himself an “accidental entrepreneur”, he is in reality one of Britain’s most successful business leaders.

Cullum is the non-executive deputy chairman of Towergate Partnership is also behind the eponymous Peter Cullum School for Entrepreneurship at Cass Business School, which he founded in 2006, providing more than ?10m of funding for budding entrepreneurs. Cullum has a strong academic background, he’s been a winner of the Ernst & Young UK Entrepreneur of the Year award and has also been awarded a CBE for his contribution to business, entrepreneurship and charitable causes ? we couldn’t think of a better-qualified person to chair the Growing Business Awards judges this year.  “By chairing the Peter Cullum Centre for Entrepreneurship, I’ve had the privilege to meet many young budding entrepreneurs with a plethora of brilliant ideas,” he tells Real Business.  “I’m inspired by the passion, energy and ingenuity of entrepreneurs. Chairing the Growing Business Awards judging panel affords me a wonderful opportunity to celebrate and recognise their success.”

Creating your own success

It’s fair to say that Cullum himself knows quite a lot about success. Since founding Towergate in 1997, the company has become Europe’s largest independently-owned insurance intermediary, thanks to Cullum’s deft stewardship. When asked what makes a successful entrepreneur, Cullum says that the general notion that requires entrepreneurs to give 110 per cent passion and commitment all the time is wrong ? he values something else above that. Cullum explains: “Of course passion and commitment are great things to have, but there is one key thing missing: skill. There is the rare born entrepreneur, who does phenomenally well naturally, but most entrepreneurs require some basic training.” This training can help entrepreneurs build businesses with sustainable growth. When paired with qualified risk taking and courage, you’ve got a winner, says Cullum. Where there is risk, there is also opportunity ? but it requires skills. “Running a successful business is about assessing risks and making a judgment call. I’m not saying that entrepreneurs should go and find opportunities to make mistakes, but when you create a zero-mistake environment in your business, it becomes a straightjacket,” Cullum explains. “When businesses fail, it isn’t because of an entrepreneur’s lack of passion, it’s because they don’t have a sustainable business plan or strategy in place to lead to a decent execution.” In today’s still-volatile economic environment, execution has never been more important. This is particularly important for entrepreneurs, who are driving Britain’s growth today. “We’re not going to get out of this mess by relying on FTSE 100 companies to improve their performance,” he says. “The reality is that today’s economy depends on SMEs, and it’s fundamental that entrepreneurs encouragement and support.”