The presence (or indeed absence) of regional agencies in London continues to be a fascinating issue. Rather than the north-south divide of old, the line is now clearly drawn on the grounds of “capitalism”. Is it simply not possible to thrive without conducting business in London?

The Investec Hot 100, published by Real Business last week further cemented this perception as reality, revealing almost one-in-three of the UK’s fastest growing companies are based in the capital. Five of the top ten are Londoners, and if you expanded to include the affluent south-east, the overall figures increase to one-in-two. In fact, the Midlands was the only other UK region with a share in the Top 100 above ten per cent.

London mayor Boris Johnson was quick to praise the situation, calling it a win-win-win and was quoted as saying that “investment in London drives jobs and growth not just in our city but across the country, as well as strengthening our position in an intensely competitive global market. London’s attractiveness as a crucible of entrepreneurism is unrivalled.”

A single region is not enough

While such growth is to be admired and applauded, it should be taken with the slightest pinch of salt. While the results are positive for the capital, they also reflect an increased congestion within those areas and an “overheating” of the economy in regions that already skewer results due to, on average, a higher GDP per head.

National growth can be fuelled by a single region but it’s only sustainable if supported by growth in a number of additional regions too – our continental counterparts by comparison boast far stronger economies and profiles within the global market than what we’re experiencing currently in the UK. Certainly, few other EU countries thrive with a discrepancy in business growth of 7.2 per cent for the capital, compared to just 0.7 per cent outside of it.

No doubt it’s a view that many companies, those outside of the fertile ground that is London and the South East, would be quick to agree with. Within the creative industries in particular, the drawing of geographical lines is a division that is not solely the subject of much discussion, it can often characterise agencies.

Many regional outfits choose to wear their non-London postcode as a badge of honour, in defiance of this apparent glass ceiling. Meanwhile, there are those inside the London-bubble that dismiss their regional counterparts as not worthy of being part of the conversation. From the outside, London agencies are smug, pretentious and all ego. Regional agencies on the other hand are a “step behind”, less creative and likely still working on Windows 98.

Can a business grow without London?

Of course, it quickly becomes an immature debate, based upon one-upmanship and outdated stereotypes. Narrow, misguided, easily debunked and one perhaps best left to a playground. But in whatever spirit this back-and-forth is meant, it does reflect a larger issue that is at best perceptive; at worst a full-blown superiority/inferiority complex that may prove a larger barrier to growth than economic conditions.

The term “regional” has for a long time carried a slightly derogatory tone, much like “independent” evokes similar raised eyebrows within the network-dominated industry we see today (in actuality, RAR statistics suggest regional agencies are thriving more than ever). Yet, it is undeniable the perception issue still prevails not just amongst agencies, but more importantly amongst clients and intermediaries too. The M25 becomes a virtual ring fence to top-flight thinking. If you don’t have a London presence, you’re at a disadvantage.

And actually, I tend to agree. (Albeit with a slight caveat).

Here at Indicia, we’ve experienced great success and growth for a number of years now with Bristol as our home. Over that time we’ve expanded further into Edinburgh and Bedford too. However, in the past year we reached a tipping point. With an increasingly high-profile client base we were naturally spending more and more time in the capital.

It’s by no means impossible to attract some of the biggest clients and industry talent to regional companies. Indeed, some of the best award-winning work consistently comes from outside of London. However, in terms of servicing these clients, it’s a distinct advantage to situate yourself as close to them as possible.

If their head office is in Bristol, you’d do well to have an office next door. The same goes for Covent Garden. As wonderful and easy as video conferencing is, a good client-agency rapport cannot be created and maintained purely via digital means of communication. Face-to-face time is the bedrock of any good relationship.

Ultimately, the London/regional issue I feel remains more of a mental obstacle than a glass ceiling. All signs do point London being the place to conduct business. If an agency wishes to sustain growth and attract the biggest clients, then at a certain point a thriving base in the capital at the very least, I feel, is an imperative. But this does not need to be at the expense of a regional heritage.

A London office does not make you a London agency (and you can make of that what you will) and after all, the home is always where the heart is. A non-London mindset and a fresh way of thinking may just provide that valuable differentiation within a crowded and competitive marketplace. 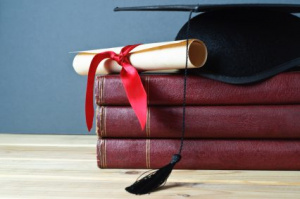 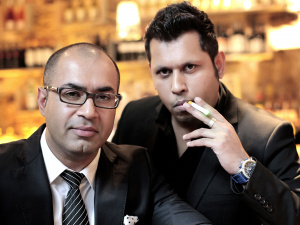