Growth Accelerator is Vince Cable’s pet business scheme. A demonstration of government support for small and medium-sized businesses, it is proven to really work: access to business coaching, business finance and innovation at a nominal amount, for any company of less than £40m turnover and less than 250 staff.

Some 85 per cent of its 6,000 participants in 2012 stated that their businesses grew more quickly as a result of the scheme, 77 per cent said that they had achieved outcomes that they couldn’t have achieved by themselves, and 97 per cent of them would recommend the scheme. Not bad stats for the Department for Business Innovation and Skills. And stats that I suspect the now defunct Business Link would have given its right arm for.

All these years we have been hanging out for meaningful business support that works in the real world, and it’s here! So, what’s the problem? Basically that it’s the best kept secret of our times. It has not been publicised and it has not been marketed, despite the fact that there’s a £200m pot of public money to spend, solely on helping ambitious firms grow bigger, faster, stronger.

A pitiful few companies that could benefit seem to know about it, and this despite a extensive network of Growth Managers across England. From the outside looking in, the public sector preoccupation with form-filling and box ticking seems to have permeated the many private sector partners involved, and they in turn seem to be relying on business coaches to spread the word. With such a budget, high profile sponsor and a defined target market surely spreading the GrowthAccelerator word isn’t a hard job for any marketeer with half a brain?

And there’s another huge problem to accompany the veil of secrecy: GrowthAccelerator’s success criteria depends solely on the number of jobs created within the firms that are taking part. Long before big businesses had invented the word ‘outsourcing’, small businesses were experts at it because of limited budgets and a need to do what you’re best at. In today’s world having a high growth business is not necessarily about employing more people yourself. It’s about your business supply chain employing more people.

So, as our client in Brighton recruits more clients in 12 months than in the previous decade, he is using a network of self-employed consultants to deliver the work, his increased marketing spend has resulted in a new role within the agency he uses in Southampton, and his increased call volume has meant that we employ more people in Wrexham.

GrowthAccelerator would see his success as failure, despite the fact that his business turnover has trebled in size due to a more focussed approach and a bit of signposting to finance options. The danger is that the measured outcomes will not reflect the real outcomes, and then the future of the scheme will be in jeopardy.

To any growing, ambitious business out there I would say: go find out about GrowthAccelerator because it might just be what you’re looking for (please don’t let the website scare you – something quite simple has been made to look very complicated).

To Mr Cable I would say two things:

Rachel Clacher is the co-founder of Moneypenny 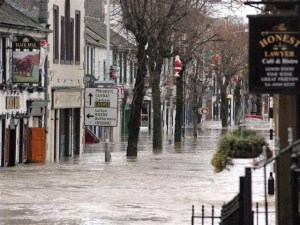 Is your business at risk from flooding?