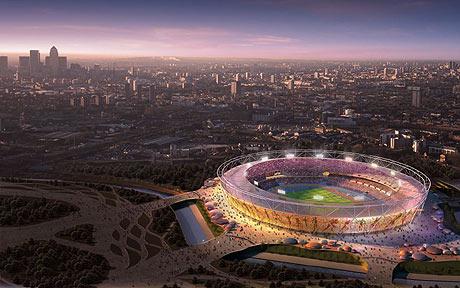 Michael Spinks, managing director of Essex Flour & Grain Co ? a 160-year-old family firm based in Hackney, just yards from the edge of the Olympic Park ? has launched a petition to ask for ?freedom of access? to business premises located near the Olympic Park in east London during the Olympic and Paralympic Games.

He is part of a group of around 40 east London companies who?claim they have been “left out to rot” by?the London Organising Committee of the Olympic Games (Locog) and are taking their fight to Parliament. Their big gripe is that planned security restrictions and road closures are putting hundreds of jobs at risk. There are no relocation packages for the worst-affected firms and requests for permits for suppliers and staff have been ignored. The group of businesses is being represented by Bindmans.? Real Business columnist Charlie Mullins, boss of London-based Pimlico Plumbers, agrees that the Games could?jeopordise?trade for many local firms: ?I?ll be called a killjoy, but I?ve no hesitation in saying it would be better for the British economy and for business if we had never won the 2012 Olympic bid,? he says.? ?It?s a javelin through the chest of many business owners who have enough on their plate without worrying about the effects that the Games will have on their operations.? Will the Games have a “devastating impact” on your business? How are you going to handle the disruptions? Share your views below.