George Osborne’s second Budget today is unlikely to be a great giveaway. Economic recovery has been slower than anticipated and so the age of austerity is set to continue against a backdrop of tax raises and spending cuts. Venture capital and, in particular, the tax reliefs available to entrepreneurs and investors, is one area that is expected to get specific attention from the Chancellor.

George Osborne recently referred to “question marks” over the future of venture capital trusts (VCTs), sparking rumours that new VCTs could be scrapped. A clear statement of intention is required tomorrow to give confidence to everyone involved in venture, not least as last year the government announced that it would look to work closely with the industry in order to make VCTs more attractive, and the Office of Tax Simplification has recently mentioned that the time limits and conditions for VCTs and EIS should be harmonised.

The concern Mr Osborne apparently has is that the VCT scheme is being used to create a tax loophole rather than to serve its true purpose of promoting innovation and enterprise. However, just because some people may be abusing the scheme, should that be a justification to scrap it entirely? There is a body of evidence pointing to the effectiveness and importance of VCTs in providing crucial funding to small and medium-sized enterprises (SMEs), particularly at a time when the banks remain reluctant to lend.

The rumour mill has also been busy when it comes to EIS, and the signals from the Chancellor and the OTS are more encouraging here. It seems that the Chancellor is a fan of enterprise investment schemes (EIS) as a tool to stimulate angel investment. He has acknowledged that, while it is not perfect, it is better to amend the existing rules rather than to start over with a new showpiece set of tax reliefs.

It would also be a huge boost if the entrepreneurs themselves (as opposed to just the investors) could benefit from the EIS scheme for investments they have made in their own companies, although perhaps this will be a bridge too far. Either way, it would be helpful to broaden the range of securities in which EIS investors can invest. Should this be limited to ordinary shares only? It reduces the options for many early EIS investors who then face the prospect of being disadvantaged in later rounds when the venture capitalists, who typically insist on preferred shares, come in.

The other key area that could come under some scrutiny is entrepreneurs’ relief. Interested parties have lobbied hard for the annual lifetime limit for capital gains to be scrapped. It currently stands at £5m (€5.7m), meaning many investors quickly use the benefit of the relief leaving them without a further tax incentive on a disposal unless their investments meet all of the requirements of EIS. The requirements for investors to be both employees and hold an equity stake of at least five per cent could also be relaxed, although the Chancellor may feel this is going too far. In any event, it is certainly hoped that the rules relating to enterprise management incentive scheme options will be amended so that the entrepreneurs’ relief rate of ten per cent apply to share gains under EMI options.

One thing is for sure: the Chancellor’s package will most likely be a classic case of give and take. The nature of the Budget lottery is that there will be winners and losers. We’ll have to wait to find out whether, and to what extent, venture capital will be one of the beneficiaries this time round. 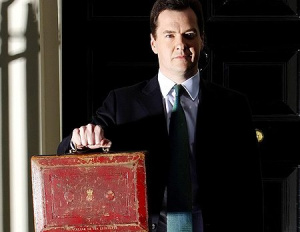 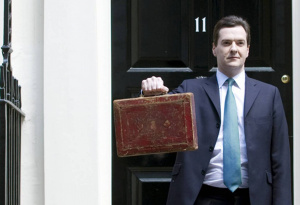