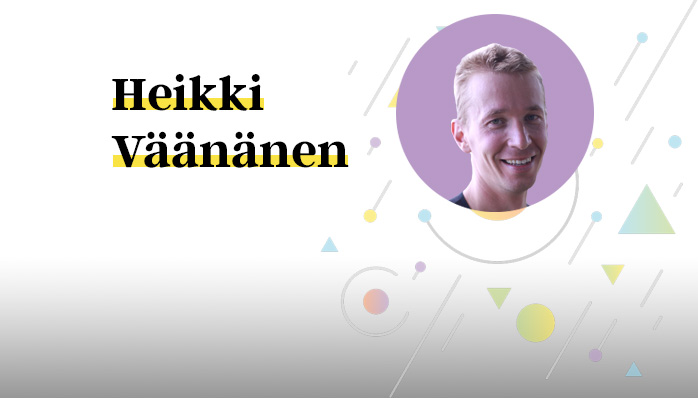 Share via
You don’t expect gamers to want to deal with people (insert stereotypes about introverted behaviours here). Ok, so maybe that’s a bit of a blanket statement. Luckily for me, I had the opportunity to sit down with ex-gamer and HappyOrNot founder Heikki Väänänen to bust some myths on this topic. After all, he heads up a global customer satisfaction platform based on the effective strategies he used to develop video games in his past life. By working through a ‘customer experience first’ lens, he allows consumers to give their two-cents on services in an easily accessible way. So, who says that gamers don’t want to deal with people? “It all started when I had a pretty terrible customer experience in a shop, one day”, remarks Väänänen, who through his warmth, and willingness to break down the ‘techsplaining’ for me, busts any stereotypes about tech-entrepreneurs being hard to talk to. “After that, I went home and thought, how could I make it easier for people to easily give feedback to a business so that their next experience is better?” But there were a few hoops Väänänen needed to jump through first before he founded HappyOrNot. “I was only fifteen at the time”, says Väänänen. “I didn’t know how to start a company, so I made sure I got the right education first, and went to college and studied business.” HappyOrNot was the result of a business building evolution for Väänänen. With experience running two other companies under his belt before he got to the business that was going to make him a success, you could say that his third time was likely to be a charm.

So HappyOrNot was born in 2009,  and it was a startup in every sense of the word. “I literally had €20,000 euros worth of my personal money in my bank account when we started HappyOrNot,” says Väänänen with a slight smirk. “Initially, we couldn’t afford to pay our staff”, says Väänänen. “We could only offer our senior staff shares in the company. As I was starting this business with a group of friends from the previous companies, I felt there was some established trust. You really have to trust your co-workers during the early stages of starting a business, their input can mean the difference between make or break at that stage,” he adds. But the blood, sweat and tears soon paid off as the company’s financial performance hit the accelerator, “in our first year we had a revenue of €5,000 euros, this grew to €50,000 in 2010 and to €250,000 a year later” he continues. But the most shocking part of this was that only seven members of staff were operating a company raking in 250k: “Yes, that was a challenging time, but I’m happy to say that our workforce has expanded since then, and now sits at a healthy 200 employees in 2019,” says Väänänen.

“Everything below 1 million in revenue can be uncertain and tricky ground for tech companies. Going above 1-5 million allows you to hire staff that perform specialised roles in a company such as focusing on marketing and sales”.

“Essentially, for the first two to three years, you’re just trying to avoid bankruptcy and everyone has to muck in”, he laughs. Now operating its services in over 120 countries, and used by businesses across the sectors, from medicine to transport and hospitality, there’s little chance of HappyOrNot going bust anytime soon. 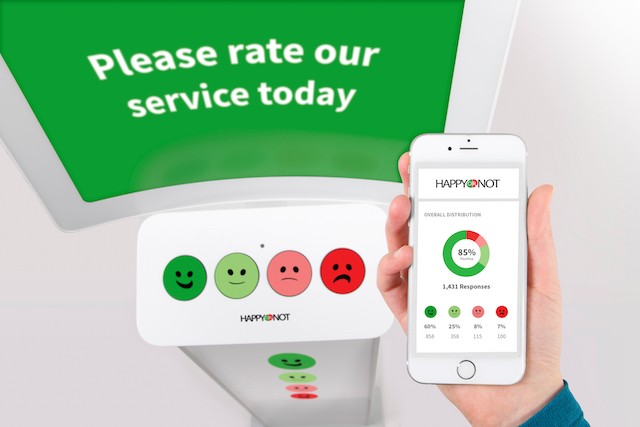 Väänänen and his team wanted to move away from the non-engaging ‘form filling’ process that had dominated the customer feedback space for so long. But what was to replace it? The answer? Human emotions… Using their backgrounds in gaming, where they daily tasks involved devising a series of choices for gaming users, they applied the same framework to HappyOrNot: “We were focused on the quality of the user experience from the outset”, says Väänänen. “When we decided to use human faces equipped with various emotions for the user to select based on their own feelings about the service they had experienced, we opted for four instead of five options. Why? Because when a user has fewer options, they are more likely to make an informed, and most importantly, real decision,” says Väänänen.

“HappyOrNot is used by customers in over ten airports across the UK.”

HappyOrNot has a two-fold utility for consumers of services and the businesses that sell them. Firstly, it allows customers to proactively rate their experience of a particular business, whether that’s a restaurant or a retail store, and the business in question has the option, for a fee, to receive daily reports from HappyOrNot about customer sentiment, in real time: “It works a little like Google analytics”, says Väänänen. “When businesses employ our service they get a live tracking update of what customers are thinking and how they are behaving”, he continues. The technology is sold as a one to a three-year contract for businesses, reports on customer experience are then delivered to them daily and in real-time data,” he continues. “In the gaming industry, it’s all about the user experience, and that’s something other businesses can easily forget when they’re so busy actually running the business. We’re here to remind them of its importance,” he adds. 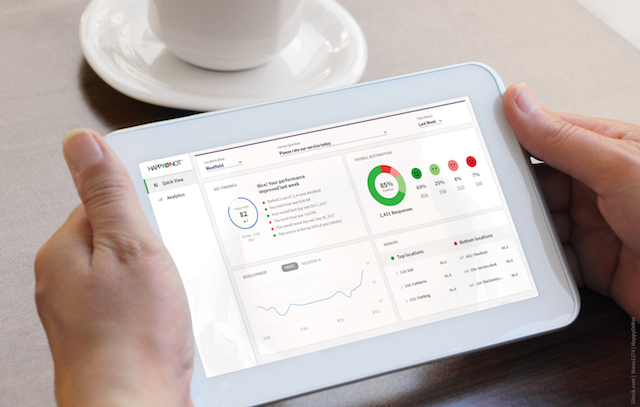 “HappyOrNot is used in places as diverse as airports, hotels, shopping centres and even within offices for internal HR purposes”, says Väänänen. “It doesn’t matter what the business does, they all need to make sure their customers are happy, and willing to use their goods and services again, we help them achieve that.” He gives me an example of a petrol station group to outline the economic impact HappyOrNot can have on all businesses that use it: “A petrol station company used our services in five different locations, and as a result, they discovered what the best and worst performing ones were, and implemented changes as a result. They decided to move the manager of the best site to the one that was performing the worst. Following this, the best performing site then became the worst. The final conclusion? The company needed to give their managers more training,” says Väänänenn. Here is the essence of HappyOrNot in a nutshell, it empowers businesses to see the customer-based problems they’re facing, and gives them the opportunity to devise their own solutions, enabling them to become more competitive and self-sufficient in the long-term. So whilst HappyOrNot seems to have their finger in every pot when it comes to servicing customers across different industries, is there one particular business world they’re dying to get into? “Medtech is definitely a place we want to be going to this, and next year,” says Väänänen. “Medical care is the sphere where it’s most vital that customers get a good, and safe, experience. We’d feel like we would be truly impactful by getting into this space”. So, here’s to HappyOrNot, a tech company with a heart as well as profits on the mind…