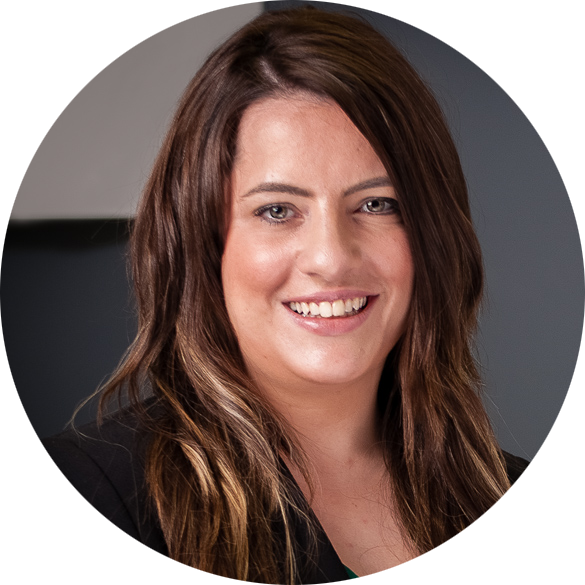 While he was still prime minister of the UK, David Cameron pledged to help more small businesses grow and create a British version of Germany’s “Mittelstand”. While he undoubtedly helped SMEs guarantee more finance, there’s far more to leaping over the “valley of death” than access to money.

As a finalist in our Growing Business Awards in 2015, Whites Group co-founder Jack Horton undoubtedly knows a thing or two about shaking up industries and increasing turnover. However, with the FD’s role quickly expanding to include balancing growth with profitability, we caught up with Whites Group CFO Anna Garrett to find out what it takes to scale a company – and her advice for financial teams seeking to foster the same success she has had.

(1) What was your background before your current role?

My career started in accountancy practice firm I started studying my AAT as an apprentice for three years – after deciding A levels and University wasn’t for me. I worked for a small family firm where my job role varied from filing and tea making to in my later year small company accounts. I then moved to a top 15 firm where I decided to study my ACA which was an additional three years of study. Here my eyes were opened up to large companies accounts more in depth tax work and personal tax aspects. This was followed by a year at a top ten accountants where I endured pure audit of pensions, charities and large international companies. This is where I decided it was the right time to move into industry.  At the time, people might say I took a risky decision leaving the corporate world of a large international accountants where there was natural lines of progression, to work for a small company which employed less then ten staff and did not initially see finance as a number one importance in a company. As you can imagine it was a slight culture shock! One of the shareholders for Whites was the owner of the company at the time. I wanted to be a part of a growing company with a hands on position and made choices that made a difference. This was during the time whites was born and as you would say the rest is history!

(2) What are the key challenges of being an FD specifically in a fast-growing company?

For me there are a few key challenges which come hand in hand with being with a company since the day dot. The biggest challenge was developing financial systems and controls and constantly adapting and improving controls to meet the growth demands of the company. What is sufficient for a small company suddenly becomes too labour intensive for a quickly growing company, which is why we looked to develop technology as a company to aid with our regulatory requirements and our processes. Finding key staff which have the Whites ethics of hard working and being a great team member is crucial. All staff have to be diverse and be prepared to do any job that is put in front of them, dealing with such vast amounts of funds in such a regulated industry the staff have to be competent and realise the importance of their job role. Having been with the company from the start for me it’s about moving away from the detail and working with the management team focusing on business strategy and risk management.

(3) Does being in the forex sector present particular challenges the finance function wouldn’t normally comes across?

Not necessarily, the end goal within finance is the same: to prepare figures that provide an accurate representation of the company’s performance, whether this be of a manufacturing industry or a FX company. There is obviously fluctuations within currency’s rates which create an element of exposure to us but with some forward planning and having a basic understanding of the market do not create vast risks for us.

(4) As the company passes a landmark turnover, what would you deem to be the key skills needed for an FD looking to scale a company with similar success?

The keys skill I would say is necessary is being able to adapt to change, not being a month end processor and doing things a certain way “because that’s what we have always done!” you need to look at what the companies objectives are and where it is going. I work alongside a great management team and I feel this is important that all key management have a support team around them, all members need to have drive, ambition and determination and believe in what they’re doing.

(5) Tell me more about the company having been bootstrapped and whether it meant you needed to adopt a different mindset as a CFO.

The growth of the company has been on the back of funds generated, which has meant that we have to be mindful of how much we hold as a security blanket vs how much we invest into growth. We have fully learnt and understood what works for our company –as if it works profit is generated!. Our location in the midlands has enabled us to keep our costs lower then if we were based in the City of London but our ambitions and dreams are still the same. We look for staff who are passionate about what they do as they bring a lot more to the table!

(6) What have been the advantages or disadvantages of working tightly alongside a CEO that previously worked in the financial sector?

Our CEO has the industry knowledge which, prior to my role at Whites, I had not had. Getting an understanding of the industry has helped with ensuring the process and controls we have had to put in place within the finance section of the company are adequate. To be able to report on the figures to other senior management you have to have a real understanding of the company as a whole to understand why the figures are doing what they are and how internal and external influences can alter what is being reported.

(7) Do you think the role of CFO has changed in recent years, and how so?

I think the role has changed from the stigma that has previously been held within the finance department of sitting in an office putting the figures together and interaction within the rest of the team being one way communication to being fully involved into the day to day running of the company, looking at the objectives of the company and how it can get there with the restrictions it has. Not saying no “it can’t happen” but more “how can we make it happen”.

(8) What key piece of advice would you have for those following in your footsteps?

Hard work and determination will get you a long way, for those that have chosen to do one of the accountancy professional level qualifications are putting themselves in a strong position and on the right lines for a successful career whether it be in finance or not. Find a company you are passionate about and you will naturally develop within your role. Meanwhile, growth for SMEs can be tricky, particularly where international expansion is concerned. But it doesn’t have to be, writes Adam Reynolds, the CEO of webexpenses, in the first of two insightful features. By Shané Schutte