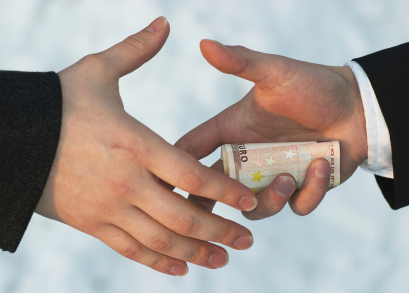 The Chinese pharmaceutical industry is said to be notoriously corrupt and Western companies are vulnerable to such accusations in a country where economic crime is acknowledged to be a significant problem. There was a sense that, whatever the truth behind the allegations, GSK was the unlucky scapegoat for the sins of many, or perhaps even the victim of manoeuvres in Sino-UK relations (David Cameron tried to defend GSK on a visit to China late last year).

Then came another blow for GSK, as a former sales representative claimed last month that doctors in Poland had been paid to promote one of GSKs asthma drugs. GSK confirmed that an internal investigation in 2011 had found evidence of inappropriate communication in contravention of GSK policy by a single employee in Poland who had been reprimanded and disciplined at the time. Following continued media speculation, the company also confirmed that it was investigating allegations regarding corrupt behaviour by a small number of individuals in its operations in Jordan and Lebanon. These investigations are said to be ongoing. In the past few days pressure has been mounting further as GSKs former head of operations in China, Mark Reilly, was accused of personally running a massive bribery network , encouraging his sales team to pay doctors and hospitals to use GSK products, allegedly passing on the cost of bribes to Chinese consumers by inflating prices. This preceded an announcement from the Chinese security ministry that some GSK staff had confessed to serious crimes, including bribery of government officials, hospitals and medical staff, followed swiftly by allegations in the Chinese press of substantial tax evasion. For its part, GSK says that it is taking the allegations very seriously, but its internal investigations have found no evidence of bribery or corruption. It further states that no evidence of such activity has been provided by the Chinese authorities, who have praised GSKs full co-operation with the investigation. However the GSK story plays out, it appears that the allegations, if true, could constitute offences under the UKs Bribery Act. Although the Act came into force almost three years ago, we have yet to see any significant prosecutions under it. At first, this was not surprising. The nature of complex corruption cases is such that investigation of the facts and gathering of evidence, often in jurisdictions where cultural and linguistic barriers make such things harder, takes time. As the years pass, however, one has to ask whether there is more to the lack of visible action, as the cash-strapped Serious Fraud Office (SFO) continues to promise much, but deliver little. David Green, the current director general of the SFO, is a tough talker and has been encouraging us to watch this space for months. Certainly, unlike his predecessor Richard Alderman, Green rejects the historic assumption that the SFO would deal with self-reported misconduct by way of civil settlement rather than prosecution. In line with the Guidance on Corporate Prosecutions published by the Director of Public Prosecutions, which applies to all corporate crimes except corporate manslaughter in England and Wales, the SFO states that it will prosecute a corruption offence if it is in the public interest to do so. The fact that a corporate body has reported itself will be a relevant consideration, but must form part of a genuinely proactive approach adopted by the corporate management team when the offending is brought to their notice. Self-reporting is no guarantee that a prosecution will not follow. Each case will turn on its own facts. So where does that leave deferred prosecution agreements (DPA) which came into force in February this year DPAs can be used for fraud, bribery and other economic crime and apply only to organisations, not individuals. Under a DPA, the relevant company will be charged with a criminal offence, but in return for agreeing to a number of conditions, such as paying compensation or a financial penalty and putting in place safeguards to prevent further offences, the proceedings are suspended. If the company does not honour these conditions, the prosecution may be revived. As yet, it is too early to determine the extent to which DPAs will be embraced by the SFO. As noted, David Green is keen to remind us that the primary role of the SFO is to prosecute. However, for an agency whose funding has fallen from 52m in 2008 to 32m this year (albeit supplemented by 19m emergency funding applied for in February), the opportunity to push the costs of the investigation and settlement onto the defendant, without the risks associated with going to trial, must be attractive. Melanie Wadsworth is a partner in the London office of Faegre Baker Daniels LLP who regularly advises companies on their anti-corruption policies and procedures, including protecting themselves against offences under the UK Bribery Act.