Like dogs do robots attract one another? In her case it certainly seems so, since she has fallen under the influence of that other cabinet robot, one chancellor Phillip Hammond.

The Treasury has been staffed by defeatists for as long as I can remember (since you ask, about 1967) and the prospect of negativity over Brexit has had Hammond and company slavering.

Maxfac? Oh no we can’t possibly deliver that in time. Blockchain-enabled export/ import accounting? Don’t be silly. Take Barnier and Brussels at face value? Absolutely. Bend over backwards to accommodate the apparent wishes of the political head of a tiny country (Southern Ireland, population 4.7 million) that has some agricultural products wondering back and forth? Naturally.

An intelligent leader would by now have realised that the events in the EU have aligned to make Brexit more desirable than ever. But not the Maybot. Since the Referendum:

Only a fool would not be able to gain the upper hand in Brexit negotiations against this background. Unfortunately in May we have precisely that, an artificial robot with limited intelligence.

So, apart from the Treasury, who amongst the real power in our country remains doggedly determined to defeat Brexit? Step forward big business. If you spent millions year in ,year out, building up a comprehensive lobby support structure in Brussels, which enabled you to carry on your cosy existence you’d want to defend the status quo wouldn’t you?

The Maybot has clearly been programmed by the CBI  and company to be terrified of the possible ending of tariff free trading with EU member states.

Accordingly, she has become incapable of grasping the fact that EU tariffs average 5%, which is about how much Sterling moves in any six month period. To sacrifice taking back control of our future on the altar of such old fashioned entrenched interests is not acceptable to thinking humans.

A robot, a bureaucracy, or any other artificial construct can’t understand. The Maybot has been given her chance by the Conservative party. She has failed . She must now be ousted.

Sajid Javid, accompanied by Messrs Davis, Johnson and Fox, should deliver the message. Will they have the courage to do so? People respect strength, none more so than Brussels. Get on with it

Would you name your business Barf? Avoiding translation gaffs, and 5 other lessons from Amazon Academy Newcastle 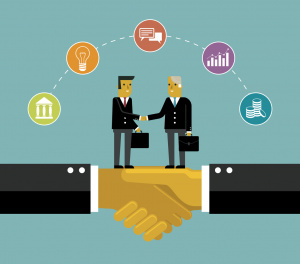