Having long suggested that users of illicit drugs not be branded as criminals, Branson has started to wage a campaign of his own which will see to the end of the war on drugs. Most recently he found himself in the news for suggesting we all stop pretending we have control over drugs – and it’s not the first time that he’s brought the subject to light.

In 2015, Branson and MP Nick Clegg called for an immediate end to the West’s infamously expensive and failed war on drugs. And speaking from his perspective of, well, a businessman, Branson said: “As an investment, the war on drugs has failed to deliver. This is not what success looks like.”

Given his title of millionaire who failed a few times in business before reaching the top, he obviously knows what he’s talking about – he really cashed in on the “failure principle”, with closed firms spanning Virgin Brides, Virgin Student, Virgin Flowers and Virginware, to name a few.

According to his definition, however, “learn from failure. If you are an entrepreneur and your first venture wasn’t a success, then welcome to the club.”

Though the goal may be of great importance, the war on drugs may very well end up like the aforementioned companies. In fact, speaking at a press conference in New York organised by the Global Commission on Drug Policy, Branson likened the war on drugs to a failing business which has only gotten “worse and worse” over the past 50 years – he went so far as to call it a “colossal con”.

And essentially, he claimed that had he managed the global battle like one of his businesses, he hoped someone would have “taken [him] to a psychiatric hospital to get [his] head checked” by now.

Virtually everyone now agrees that the war on drugs has been a spectacular failure by almost every measure. The UN Office for Drugs and Crime (UNODC) even publicly admitted that the term itself is “unhelpful”. Let’s face it, there has been no reduction in the supply of illicit drugs on international markets, counter-narcotics policies have been unable to contain the transit of drugs and there hasn’t been a dent when it comes to reducing demand.

Our failure to tackle the problem is overwhelming when you look at the statistics. If the global drug trade were a country, it would have one of the top 20 economies in the world, the UN claimed.

To put it lightly, and using the words of Branson (just swap a few names around and it highlights that Branson may, in fact, already know why the war on drugs is falling flat): “It’s fair to say that our launch of Virgin Cola was not subtle. Driving a tank through New York’s streets before smashing through a wall of Coca-Cola cans certainly created some front-page headlines, which was exactly what we wanted.

“With Virgin Cola, we felt confident that we could smash our way past Coca-Cola and Pepsi. It turned out, however, that we hadn’t thought things through, so our soft drink war ended up in madness.”

Frankly, much like our current focus on how technology could improve productivity, it will only work if people are willing to change their old ways of doing things.

The ever-looming taboo is stifling our ability to adopt and experiment with new approaches that will help in the long-run – both in terms of business and our current war on drugs. This will be key to preventing our war on drugs going the way of Virgin Brides.

Ironically though, his son Sam Branson may be the one to turn heads around with his “Breaking Taboos” documentaries.

Furthermore, Labour’s Chuka Umunna has recently suggested that an end to the war on drugs may actually end up profiting the economy – sort of. He claimed that young drug dealers should be encouraged to become the next Bransons as they are natural entrepreneurs, and could set up successful businesses if their energies were channelled in the right way.

He told MPs: “This is controversial, but I do not care and am going to say it anyway: a lot of the young people who get wrapped up in all this ultimately have quite commercial and entrepreneurial instincts.”

Take Snoop Dogg, for example, who is on his way to building himself a marijuana empire.

Richard Branson’s appetite for excitement and adventure has seen him tackle incredible challenges both inside and outside of work and is, perhaps, as insatiable as his business drive. 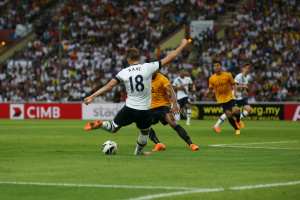 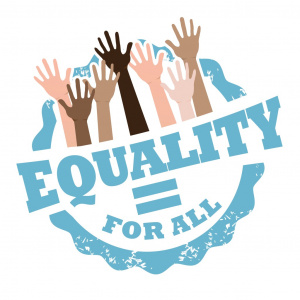 It’s time to get a grip on gender equality