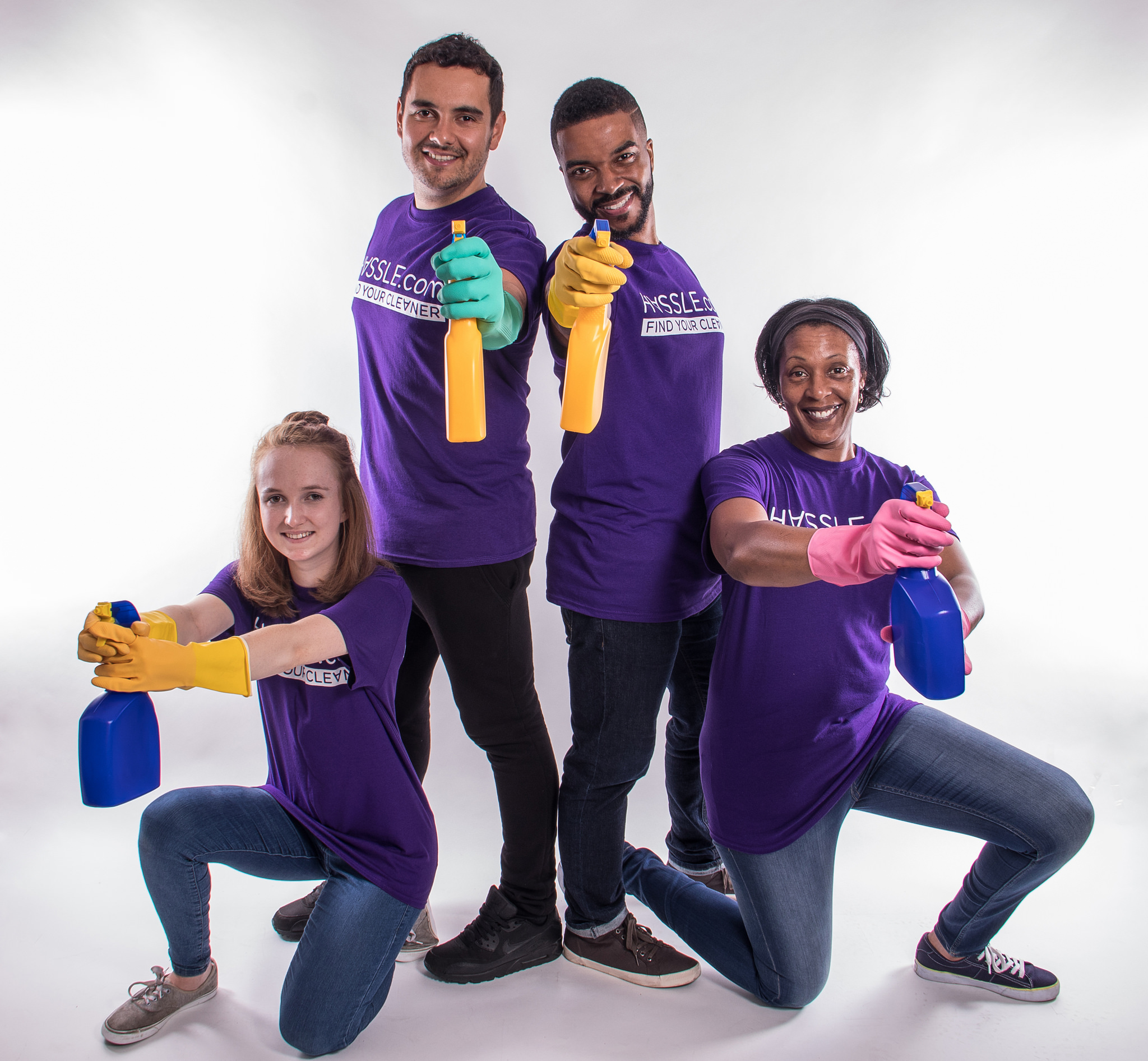 Share via
The business, which connects consumers to cleaners in the same way Airbnb connects travellers to accommodation or Uber connects commuters to drivers, has achieved a great deal in a short space of time. Founded in 2012, Hassle secured a $6m funding round from Facebook and Dropbox investor Accel Partners ??even though company founder Alex Depledge admitted there was often?shock from boards there were two females behind the firm. At the start of 2015, Hassle was also named?a launch partner of the Sharing Economy UK trade body?with a desire to help the marketplace grow across the UK. And in May 2015, the firm made another big announcement ? it had been?acquired by Berlin-based counterpart Helpling to shape a global brand. But it seems that the key to growing globally is to first have solid footing on home soil first of all. The London-headquartered outfit has announced an expansion into 11 new cities, almost tripling the size of the operation. Until now the company had served London, Manchester, Birmingham, Leeds, Dublin and Cork, but a nationwide push has taken Hassle?s services into Edinburgh, Glasgow, Cardiff, Liverpool, Bristol, Brighton, Reading, Leicester, Coventry, Newcastle and Sheffield. There?s a huge opportunity to achieve scale with the move, as Hassle already boasts 2,500 independent cleaners active on the platform, who have clocked up over 1.2m hours of cleaning time across the original six locations. Hassle prides itself as a company that?s ?revolutionized the domestic cleaning market?. Indeed, users can access local cleaners in 60-seconds, while the cleaners are set up as a microbusiness and given the power to manage working schedules. Speaking with Real Business, Hassle?s MD Sam James said the time to expand across the UK now is right because, with over a year in cahoots, its union with Helpling has been ?a great success?. ?Hassle.com and Helpling are now operating on same platform, access to shared resources and capital,? he detailed. ?The domestic cleaning industry is worth ?2.8bn, with one in three British families now hiring domestic help, according to the Office for Nat Statistics, this gives us confidence that there is still vast space to grow and serious demand. We are first to expand nationally.? 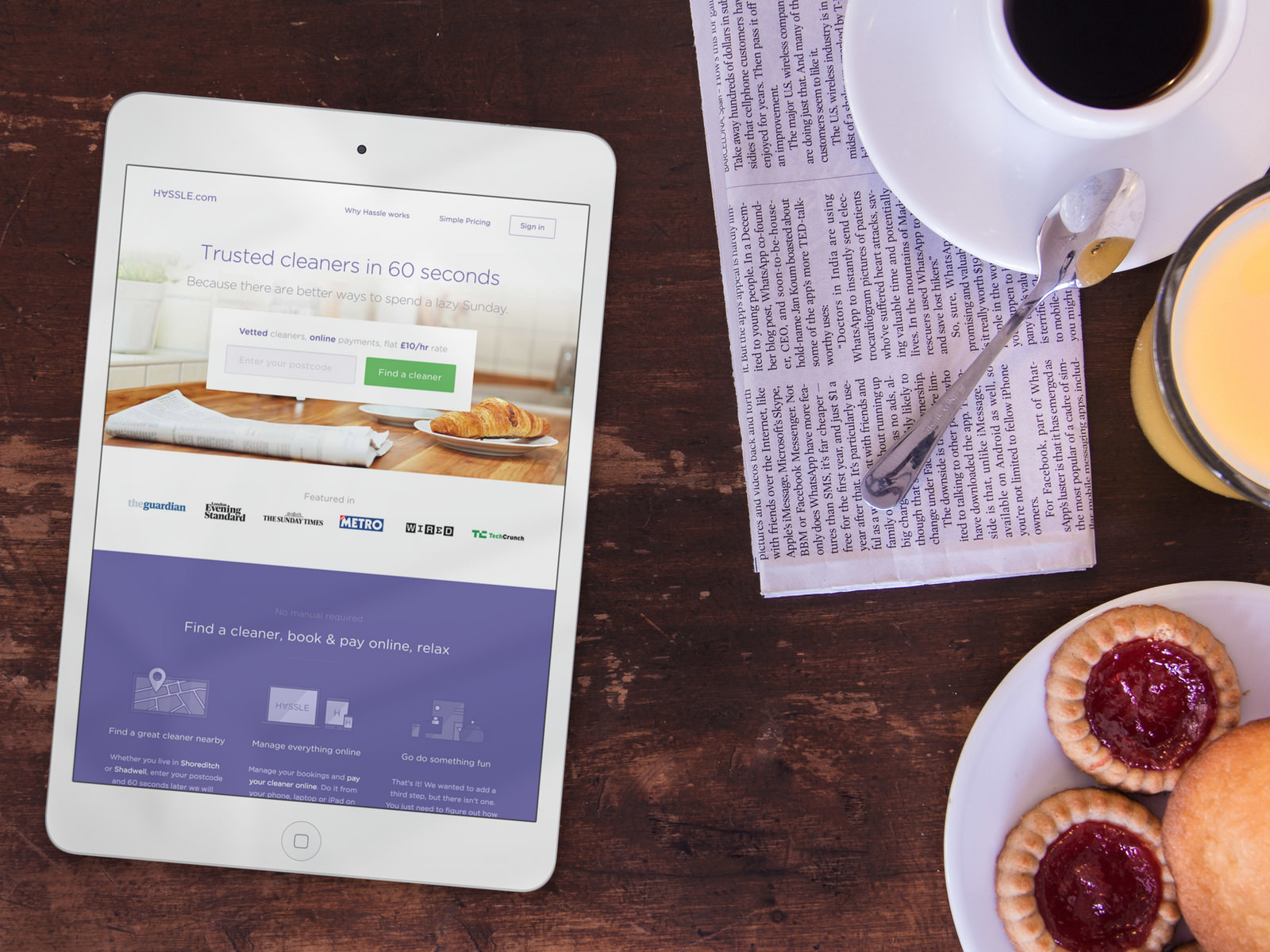 Read more on other businesses on a growth mission:

James explained there is a seven-figure investment in place to achieve results as Hassle looks to clean up the industry itself, not just homes.

?The UK?s domestic cleaning market is non-transparent and unregulated, with 95 per cent of transactions estimated to be cash-in-hand payments, possibly through the shadow economy,? he said ?Hassle.com provides a legal and convenient solution for both sides, customers and cleaners. We are proud to introduce transparency to this dated industry.? Given the business blurs the lines between offline and online, marketing campaigns will be found in the real world and digital world alike ? all of which will have a local flavour to increase relevance and personalisation. Explaining just how the brand will be promoted, James added: ?We are investing a great deal of time and money in effective marketing campaigns across our new cities, both online and offline. This will not only help towards attracting new customers and cleaners, but also promote Hassle.com as a local and trusted brand. ?In terms of specific marketing, we like to keep our brand fun and local. For example, we advertised on public transport across the North West of England with the title ?Manky Gaff?? ? this got a lot of people laughing and generated a lot of new customers.? Recognising that there is uncertainty in the face of the Brexit, James is still determined to drive the business forward and achieve results and recognition. ?We are more ambitious than ever to strengthen our position as market leader and to establish Hassle.com as a household brand. We are recruiting quality and experienced cleaners at a faster pace than ever before in order to cope with demand in new cities,? he said. ?We are also investing a lot more time and capital in running national marketing campaigns across the UK and Ireland, working tirelessly on a trusted and recognisable brand.? By Zen Terrelonge

James has got the right idea apparently ? this VC has recommended SMEs ignore the Brexit noise and focus on building great products.