Following a case brought before the European Courts of Justice by a receptionist in Belgian who was fired for wearing a headscarf, advocate general Julianne Kokott determined that, while an employee can’t “leave” their sex, skin colour, ethnicity, sexual orientation, age or disability at home, they can be expected to “moderate the exercise of they religion in the workplace”.

“Such a ban may be justified if it enables the employer to pursue the legitimate policy of ensuring religious and ideological neutrality,” she added.

Samira Achbita, the receptionist from Belgian, was contracted to work for British security company G4S – and stated she intended to war an Islamic headscarf during working hours. In official ruling documentary from the European Court of Justice, it was noted that G4S objected to this on the grounds it was “contrary to the position of neutrality G4S adopted in its contacts with its customers”.

The Court of Justice found that the G4S internal rule referred to the wearing of visible signs of political, philosophical or religious beliefs – and therefore covers any manifestation of such beliefs without distinction.

Examining the ruling, Emma O’Leary, employment law consultant for the ELAS Group, said: “Religion is one of the protected characteristics under the Equality Act however this ruling shows that companies can require their employees to restrict the wearing of religious symbols in the workplace.

“Whether this is a headscarf, cross or yarmulke it’s vital that any employers who wish to do this ensure that they impose a blanket ban on all religious symbols, rather than one which discriminates against any one religion.”

O’Leary concluded that if a company has a clear dress and appearance policy that is neutral in terms of gender, religion, politics, then it is likely to be acceptable if applied to all employees.

However, the door to a different interpretation has been left open after the Court of Justice said it was not inconceivable that a national court might conclude that the internal rule introduces a difference of treatment that is indirectly based on religion or belief, if it can be established that the “natural obligation” results in people adhering to a particular religion or belief being put at a “particular disadvantage”. 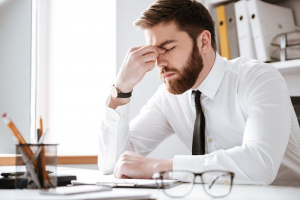 Could you spot a fake HMRC letter or email if sent one?