In our modern society, safeguarding employees is a priority. Despite the health and safety horror stories we hear, it’s fair to say that a large proportion of European workers can work with little fear for their health.

This is largely a result of 1989’s European Framework Directive on Safety and Health at Work (Directive 89/391 EEC), which outlined the minimum safety standards at work in countries across Europe. However, this blanket recommendation only provides the minimum requirements. As there is no upper boundary, health and safety standards fluctuate across Europe as different countries go above and beyond to further safeguard their employees.

But can you tell which countries are the most committed to health and safety by looking at their incident rates? QA International, a fully accredited quality assurance certification body, examines the facts and figures to determine which European country is the safest to work in.

While every precaution should be taken by employers to keep fatal injuries to an absolute minimum, it isn’t always possible.

Thankfully, not all injuries are serious enough to cause fatalities. However, some incidents do cause injuries that require employees to take sick leave. Bulgaria has the lowest percentage of workers who have sustained an injury and needed time off, followed by Hungary, Poland and Latvia. Countries with the highest percentage include Austria, Switzerland, Finland and France.

However, it’s difficult to draw conclusions based on these figures. For example, how many employees have sustained an injury at work but have not required sick leave? Do countries like Bulgaria and Hungary have a higher proportion of low risk jobs, meaning a reduced risk of injury?

The level of risk

In 2014, the European Working Conditions Survey was carried out to establish attitudes to health and safety across Europe. Denmark, Netherlands and Ireland have the lowest percentage of workers who think their health and safety is at risk because of their job.

At the other end of the spectrum, countries like Latvia and Macedonia have close to 50 per cent of workers who think their health and safety is at risk because of their profession. Notably, countries like France (25 per cent) and Spain (33 per cent) have high percentages. Could this be a direct result of the countries’ higher levels of fatal and work-related injuries?

It’s difficult to pinpoint the safest country in Europe, as health and safety standards fluctuate so widely and there are many factors to consider. However, by examining the statistics above, we can get a general idea of safety in European countries.

By raising awareness and continuing to develop health and safety legislation, we can reduce incident rates and make Europe a safer continent for everyone.

For more information, read the official European Comparisons report from the Health and Safety Executive. 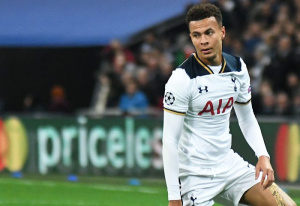 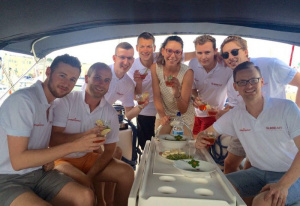 Making time for team building was well worth it this time