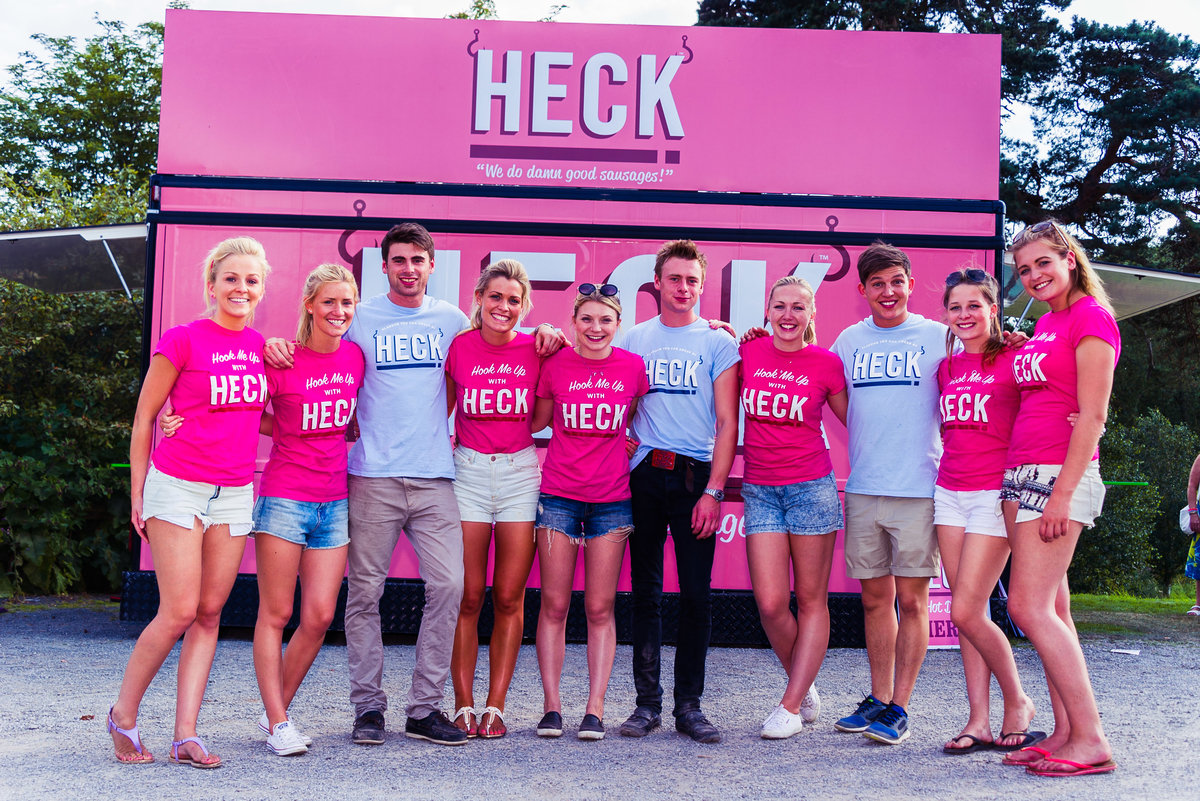 Share via
Heck (Heck foods) has cut an interesting niche for their sausage company, in a world split between basics and luxury lines. The sausage company, founded in early 2013, put its voice front and centre in their branding efforts: their landing page reads “We do damn good sausages.” While the Heck brand can seem irreverent, the appeal of it to consumers is spoken through the figures. 500,000 Heck sausages are eaten per week, and they’re stocked in a number of major food retailers including Tesco, despite their relative youth. Real Business caught up with founder and patriarch, Andrew Keeble, to ask about setting up a sausage brand, his family first approach to business and the voice of Heck. Can you tell me a bit about the history of Heck? I?ve always been in the food industry, and from that my wife and I knew all about UK retail. So we went about developing Heck. We focused on the 18?45 year old market, purely because other companies were not engaging in this category.?We then developed Heck by developing a fantastic proposition and testing it out a lot. So what do you attribute to that success? You said you put a lot of initial work in. What has been most beneficial? [With regards to the brand], we didn?t just look at great designers, we really did a lot of analysis on the meat in general, not just sausage but burgers, we looked at meatballs etcetera; and it was just clear that there was no definitive sausage brand that was appealing to people.?So we spent a lot time among focus groups and eventually came up with Heck. It had to be bright because the design agency wanted to create something that jumped out at you. But it?s more than just a pack of sausages: it?s a voice, the message of Heck is that we take sausages quite seriously. You mentioned your design agency: Heck’s branding is completely different anything else is out there: a lot of branding in the food industry is about being organic, and Heck has shaped a tone of voice. Was that an active decision? I think it?s very important to note that the oldest person in this business is not much older than yourself, 25 years old. So we’re very, very young. ?That makes us bold, we’re spontaneous, and we’re about going for it and taking measured risks. It’s part of our attitude, ‘what the heck!’?It?s about having fun and enjoying food and that really is our?tone of voice. The food industry has really got itself a bad reputation following the Horsegate?scandal [2013 meat adulteration scandal]. We?re saying: ‘we?re honest.’We?re the only national brand on the shelf, everything else is part of a huge conglomerate and we?re going for that young, fun company, just having a go. I think people really engage with that. You talked about the bad reputation the food industry has, why is that, apart from Horsegate? I think the food industry is in the hands of very large players, and they often take shortcuts. We?re a small company, we don?t do that and we don?t see the sense in doing. Big guys tend to cut corners because people report they want cheaper food – but what we?re seeing is a real change in the market now, the food market is ‘premium-izing,’ and that?s not just, you know, rich guys; that?s general, average shoppers, who are spending more on meat because they want to know where it comes from. Particularly British food. How have you found being at the helm of a family business? Well it’s not just our family, we?ve actually got our children?s friends working for us now and we?ve got friends who went to school with them?[laughs]. Of course we have real-world problems in the business as anybody does; we just swapped banks ? which has been a major problem.?But it’s great: it?s the most satisfying thing in the world to see that, you know, we?re smashing our own targets week by week. And that?s a result of producing great sausage, selling it and promoting it well and just doing a really great job. In terms of that fresh approach, what have you discovered? One: retailers buy into a fresh approach, so that?s great. Also I think shoppers going down the shopping aisle and have found it fresher and different. [Social media] is too strong a tool to ignore. However, we think that social media is a bit ?last year?, where everyone is hanging their hats on Twitter campaigns. We certainly have a presence but were not going to hang our hats on it. We believe it?s better to have the team who has put their back into the thing. Every person that works for us – whether there on the show circuit or the supermarket aisle – knows how to make a sausage. By actually putting them on the road going to supermarkets, giving out samples and shows and really engaging with people, that?s proven to be far more effective, far more engaging, and fresher [than social media]. I think now we?ve learned from being part of a very large corporation what not to do and how not to treat people; I think it?s like one of our girls Eve says:?we sort of “kill people with kindness,” that sort of stuff. We have a local girl ? she went to school with Jamie [Andrew’s son], and she says ?we?re going to go and kill them with kindness today!? and that?s what we do. Day in, day out. Related Food Industry Articles: