The operator’s Vodafone Institute division looks at technology’s potential to enhance political, social, economic and educational opportunities, thus its latest project has explored the minds of youngsters in the UK, Germany, Spain, Italy, the Netherlands and the Czech Republic to gather their thoughts on digital businesses.

75 per cent of Germans are dismissive, saying they have no interest in working for a digital startup or launching their own ventures in the space.

This could boil down to the country’s Mittelstand sector – SME market in the common tongue – concentrating on machinery, chemicals and electrics rather than the Google-esque ideals of whipping out a laptop and having a board meeting on a stack of cushions while sipping on a soy latte.

This is very much the opposite in Spain where 61 per cent said they would like to join an ICT startup and 52 per cent would like to launch their own digital initiative, which the report notes is similar in Italy and the Czech Republic due to the tough job market.

In keeping with the hard national recruitment climate, 61 per cent of Italians and 58 per cent of Spaniards expect to move overseas for work opportunities, falling to 27 per cent in Germany.

“The diverse responses to the survey among young people show the importance of placing the digital economy at the top of the agenda and focusing on the importance of technology in driving education and employment opportunities of the future.”

Despite the desire to become the next Steve Jobs or Mark Zuckerberg of their nation, just 23 per cent of Italians believe their future career will provide a better life than that of their parents, rising marginally to 29 per cent in Spain.

The data shows the Germans are seemingly the most determined to outshine their forefathers, as 43 per cent predict a better life than their parents, while 66 per cent claimed they were optimistic, which spiked to 71 per cent among the Dutch.

But what of the Brits? Well, 86 per cent said the positives of a digital future outweigh the negatives, falling to 72 per cent in Spain, 70 per cent in Italy, and 69 per cent in Germany and the Netherlands.

When it comes to teaching digital skills and education, 49 per cent of Brits thought the general education system should have overall control and just three per cent thought training should be handled by businesses, a feeling rising almost tenfold in Germany as 26 per cent believe digital should be a corporate responsibility.

Want to read more on the European business and education space? 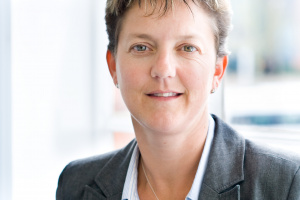