The interview process itself – everything about it

Candidates hate interviews full stop and there’s nothing you can do about it no matter how friendly your are to them. According to After College, 34 per cent of students cite the dreaded interview as the biggest problem of the recruitment process.

We’ve all likely been there at one point of our lives. It’s stressful, especially when it involves multiple rounds. It becomes even more so if it’s your first job interview. But there are ways to get around the issue. Tell them in advance how many interviews there could be and who in the company they’d be speaking to – it would give them a little time to prepare themselves.

Also, a 2014 Glassdoor survey revealed that 45 per cent of job seekers use mobile devices to look for employment. While it may not fit into investment plans, it’s always good to note that candidates want to be able to do it all from their smartphones. They want to submit CVs straight from their mobiles and be able to Skype instead of meeting face to face.

The best way to find out exactly what candidates want to do through technology though is to ask them out front and adopt a method that works best for you.

It’s still a thing, believe it or not, and it’s because employers don’t always know when they’re crossing the line. This was focussed on by CareerBuilder, which found that 33 per cent of bosses have asked an illegal interview question without knowing it was illegal at the time.

Much like in the job advertisement itself, companies need to steer clear of anything to do with gender, age, race or marital status – unless it really is necessary. For example, companies could be pardoned for hiring only female cleaners for female toilets.

It will leave a bad taste in their mouths and your reputation will take a hit – small or not it doesn’t matter as you’ve effectively lost yourself some could-have-been customers.

Not getting a preview of the company culture

One of the biggest driving forces behind staff staying in your firm come what may is company culture. As such, candidates want to have a taster to see what they’re getting into. But if candidates are never exposed to the company culture during the hiring process, they have no way of knowing if they’ll fit in.

Quiz recent hires on what they weren’t expecting when they joined and find a way to merge their new experiences with the interview. Maybe show candidates around, let them briefly meet the team or flesh out the team bonding activities that you do on a regular basis.

More importantly, personalise the hell out of it! CareerBuilder suggested 40 per cent of candidates felt the application process was becoming more difficult, with 57 per cent believing it lacked personalisation.

Are you under-investing in company culture? 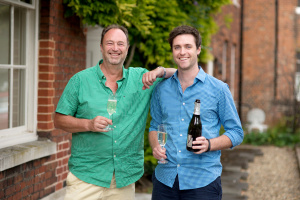 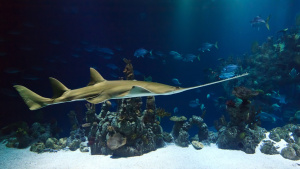 Just when you thought it was safe, it seems you need to look out for swordfish