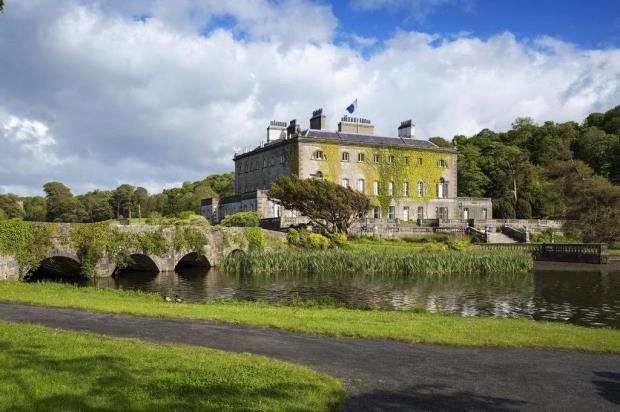 One of the most recent properties featured in the Business Class section was in Cornwall; a ?600,000 seaside home that was lovingly converted ??from a public restroom.

Don?t be deterred though, the beach property is unrecognisable from its former state of disrepair and even comes with a hot tub. If you?d prefer something slightly more upmarket, with something of a regal and respectable history, look no further than Ireland?s Westport House. Currently listed on Zoopla, it was originally built back in 1650, though it has received additional construction as time has passed.

It?s a gardener?s dream (or nightmare) as it comes complete with 455 acres of parkland, while also possessing its own lake ??ideal for anyone feeling inspired by Team GB?s swimming efforts in the Rio Olympics. A spectacular welcome on arrival is experienced as a front hall featuring coffered barrel vaulted ceiling and staircase of Sicilian marble greets visitors. Those keen for knowledge will be pleased to know the home included a library, while other notable rooms on the ground floor include a drawing room, dining room and gallery. All ten bedrooms, meanwhile, accompanied by three dressing rooms and eight bathrooms can be found on floor one. A variety of design inspirations were used across the rooms, with mahogany Jamaican doors and Chinese hand-painted wallpaper among the decorations.

Read more on properties of the Business Class variety:

Climbing up yet another level there are three attic rooms, one of which was previously a child?s nursery. Of course, a home like this couldn?t be run with one person, so the house also possesses quarters for workers, including their own dining rooms, kitchen, wine cellar, toilets and more. The adventurous and lovers of history will be equally pleased to appreciate the news the area the home was built upon was one controlled by Grace O?Malley the Pirate Queen of Connacht.

According to Westport: ?Grace O?Malley the Pirate Queen of Connacht ruled the land and seas around the estate. Built upon the foundations of one of her many castles, the original Westport House was built in 1650 by Colonel John Browne and his wife Maud Burke, Grace O?Malley?s great-great-granddaughter.? As a result, there is a pirate-themed adventure park on the property too, in a nod to O?Malley. The caveat of owning the home, however, is that it?s open to the public. The plus side, however, is that the owner need never feel lonely. Over four million visitors have made the trip to Westport House since doors opened to all in 1960. By Zen Terrelonge

From Dubai to Thailand: The most sensational shopping malls on the planet.