Launched in 2015, Sweatcoin has combined fitness, digital currency and rewards in one app, disrupting the app marketplace as we know it. Its combination of different offerings has resulted in revealing it has become the fastest-growing health and fitness app in history.

The company’s mark in the history books comes after the firm racked up five million registered users in under a year, which push revenue up 266 per cent over the last quarter.

Sweatcoin caught the attention of the investors with its reward-based model, which gives users digital currency in exchange for completing outdoor activity. With the currency earnt, users can then buy goods including gadgets, experiences, food and clothes from the likes of Boohoo.com and Graze.

“Sweatcoin is the fastest growing health and fitness app in history for a reason,” said Chi-Hua Chien, managing partner of Goodwater Capital and Sweatcoin board member.

“Turning movement into real-world value for millions of people is the lever that is required to change behavior. Sweatcoin establishes beneficial new consumer rituals: the users become more active in a sustainable way and reap the economic benefits of their increased activity through a simple, easy-to-use, free product.”

During its rise, Sweatcoin has also dislodged long-running social giants from the top as it became the number one app on the US App Store ahead of household names like WhatsApp, Instagram, YouTube, Facebook and Snapchat. This was achieved in 17 months, compared to rival health and fitness app Fitbit, which took 50 months to achieve the milestone.

Demonstrating the impact it’s having from a wellbeing perspective, the Sweatcoin user base has increased activity by nine to 20 per cent after six months of usage.

“We are thrilled that our mission to create an entire Movement Economy powered by people’s physical activity has been embraced by users and visionaries alike,” said Anton Derlyatka, Sweatcoin co-founder.

“We have a very bold plan to take the concept of fitness into the future which even includes the ability to pay taxes with Sweatcoin. This funding round will allow us to build out the product and technology team in order to scale even faster so that we can help millions of people all over the world attain better health.”

Oleg Fomenko, co-founder of Sweatcoin, added: “More than 2 million weekly active users is a good start. Now, we must focus on delivering a great user experience for people all over the world as we continue to refine our step-verification algorithm.

“As we grow and execute upon our vision, we plan to develop an open-source blockchain DLT technology that will allow Sweatcoin to be traded like any other major crypto or fiat currency. We are out to fundamentally change the value ascribed to health and fitness and provide the motivation for people to lead better lives.”

Daniela Trece and Aline Lima are the founders of SixtyNinety, an activewear and swimwear business that they hope will reshape their industry for the better. 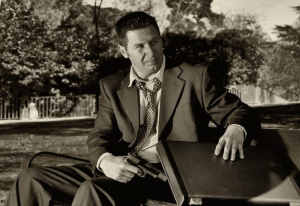