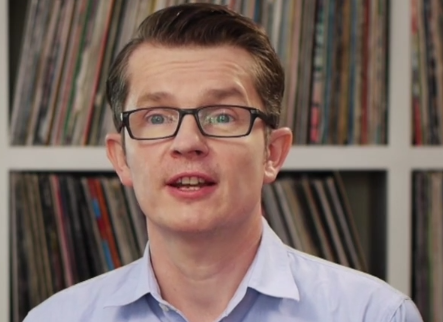 The music a retailer plays can define a shopping experience, change consumer behaviour and affect their likelihood to purchase.

?Hearing is the second most important human sense after sight,? states Rob Wood, creative director and founder of Music Concierge. ?Customers experience your store and brand through sound whether you like it or not. You need to be in control of that sound. It needs it be appropriate and support the retail experience you want to create.?  Wood used to be a DJ and music journalist. His reputation for playing to a range of audiences led brands to approach him with requests to develop their sound. When he realised there was a gap in the market he launched Music Concierge: ?The music was supplied to big chains by big technology companies. I was coming at it for a brand point of view with technology bolted on,? added Wood. Music Concierge?s retail clients range from small chains, to world famous international fashion and jewellery brands and they work in other industries including retail, hotels and spas. Wood answered the burning question about what independent retailers should do about Christmas, which can divide shoppers faster than Marmite, by saying most stores get it wrong.  ?The most common mistake is playing what everyone else plays. Firstly that makes you sound just like your competitors and secondly it invariably means you are playing naff music that put some people off,? he says. Read more about the impact of music: The technology Music Concierge uses allows them to increase the ratio of Christmas-related songs through the holiday season and stop it automatically at a given point. They?ve also work on picking bespoke Christmas music, for example, It’s A Punk Rock Christmas by The Ramones. It can help to vary the type and tempo of music throughout the day and retailers can directly impact shoppers? browsing habits through their song choice. ?It?s about controlling the atmosphere. At a quieter time they have a more relaxed sound, stores may want to use music to slow people down and some songs can be too hectic for early mornings,? said Wood, adding volume control is important. Music Concierge has worked with a range of retailers including Harrods and Dunhill, designing music which would fit their unique brands.   High-end fashion brand Mulberry describes its offering as ?timeless British luxury?. The playlist developed for the retailer included emergent, interesting British artists, avoiding music that?s too mainstream. The stores’ wide age bracket meant picking tracks artists that a mum would like when she?s 19, that would also appeal to a 19-year-old today, like American R&B singer Aretha Franklin. In another example, designer swimwear brand Orlebar Brown?s brief was to create an inspiring holiday feel where the feel-good factor you get on holiday starts as soon as you cross the threshold.   What should independent retailers do to develop their own sound? ?You need to think about the demographic of your target audience, age range and the local population you operate in. [However] You don?t want to be led by them, you want your brand to have its own voice,? advised Wood. Most stores tend fall into the trap of playing mainstream top 40 songs or dance music, said Wood. He added that while chart music will work for some retailers, if a brand needs to have its own identity and stand out from the crowd then playing what everyone else is playing is not a great idea.  Managers should take charge of deciding what type of music is played in-store, instead of leaving it up to staff. ?Do you let staff choose? I would recommend that you shouldn?t. It might not be appropriate to your customers or brand; the chef should design the menu.?  Finally, those that get the choice of music right can make a big difference to the retail experience. ?The choice of music needs to be considered carefully. Get the music right and you will speak relevance to your audience and even build loyalty because music has a powerful emotional effect on us all. Retail brands have an opportunity to use music to endear and engage customers. If it is used creatively, music can impress and create customer delight as they hear a forgotten gem or discover a new artist or track that they love, and they’ll remember where they heard it.?