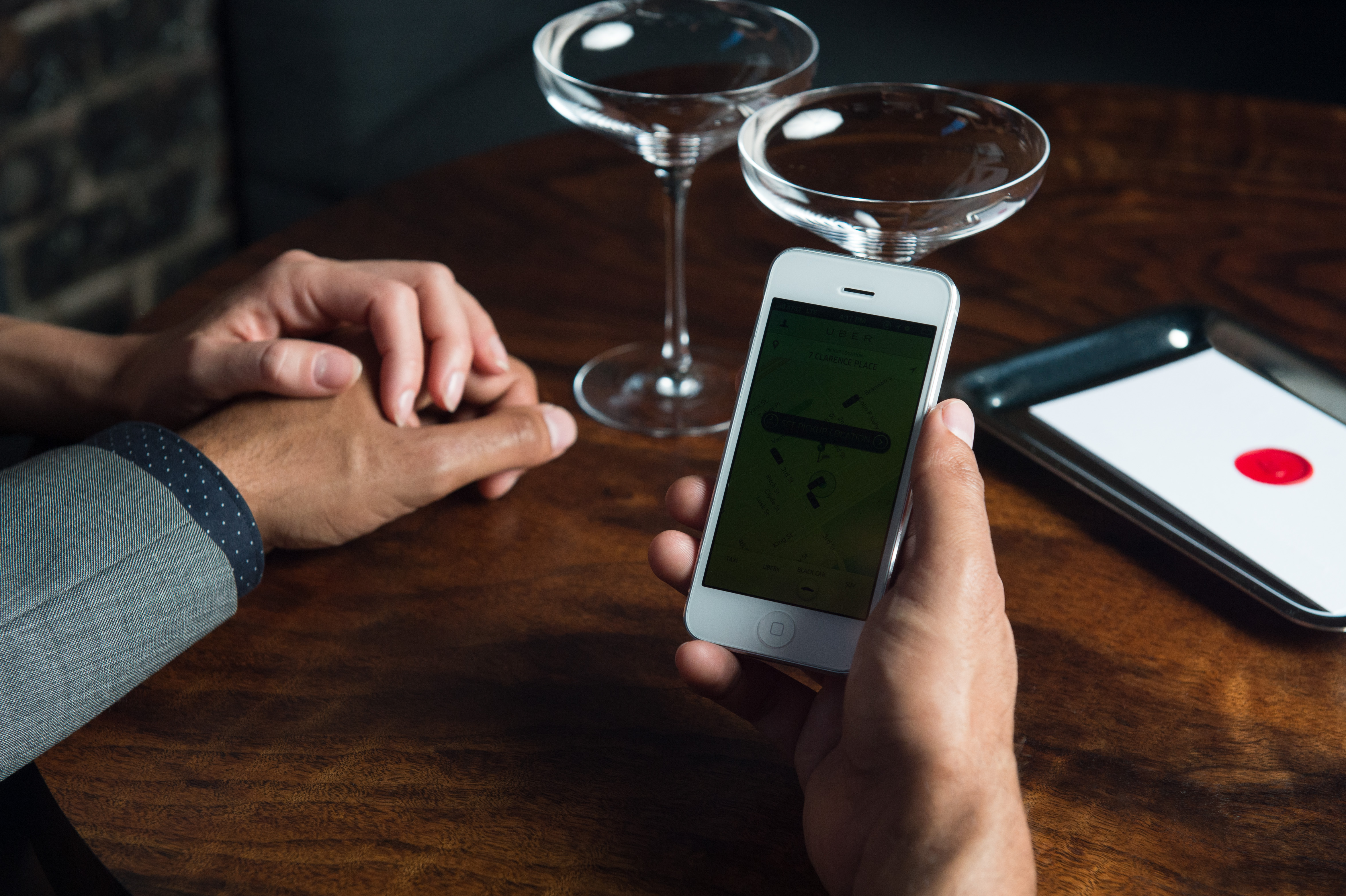 Taxi drivers, regulatory authorities and politicians have queued up to attack the San Francisco-based company, accusing it of unfair competition against existing taxis.

But now a small British company looks like it could give Uber a run for its money, in the UK at least. Minicabster, which is now in seven of the UKs largest cities, including London, Birmingham and Manchester, is proud to be offering a service in the minibar market which is new and different.  The founders of Minicabster believed that that the sector was ripe for innovation but they didnt believe that it was necessary to rip up the rulebook and clash with regulators to offer customers something new and better. The service allows customers to compare quotes for a journey and booking a safe, punctual licensed minicab through a smartphone app. Customers can also pre-pay for a minicab by credit card. Minicabsters founders were looking for an industry to revolutionise and saw that the minicab industry was a natural target. The independent nature of minicab firms and the highly fragmented supply meant that it had traditionally been difficult to create a network of cabs for consumers to tap into.  Read more about the taxi market: The founders idea was that although there are thousands of minicab firms across the UK previously it was more difficult for consumers to find the best cab firm for their needs hether it be quality of car, price, or proximity to pick up location. “We admire Ubers focus on providing a quality service,” said Minicabster business lead Sadie Gee, But weve chosen to take a different path with a more transparent approach to pricing, and we believe there is more advantage to consumers and cab firms from optimising the existing set-up of the industry and building strong personal relationships with existing cab firms. She added: One of the great things about the taxi industry is that it’s got a fantastic heritage it’s been around for a long time. However that did mean that initially we came across some well-established and highly respected members of the industry that didnt want to consider the improvements our model is driving. However, unlike Uber, they decided to try and cooperate with minicab firms rather than confronting them. We made it very clear from the offset that we are working with the industry to help it grow instead of trying to tear it down and rebuild it anew,” said Gee. One of the things about the sector that attracted Gee and the Minicabster team was that they were able to take a constructive rather than a disruptive approach, she says. Weve built great relationships with our cab partners and the entrepreneurs behind them, which has shown other parts of the industry that we are here to do good. The company is privately backed, with its most recent round of funding closing at 2m. High profile investors include the founders of JUST EAT and New Look. Minicabster argues that tearing down an industry to build it back up again is difficult, expensive and time consuming. Disruption has become a buzzword for start-ups, the companys founders believe, and many entrepreneurs take the view that it’s only possible to change the way things are done by ripping up the rulebook and starting afresh.  Our work in the cab app space has shown that this is not the only way, and that working to optimise existing businesses, while abiding by established regulations, can benefit more people more quickly than disruption can,” argued Gee. Its a process of evolution in our eyes. We have great relationships with our partner cab firms and have been able to expand around the UK much quicker than our competitors who have been looking to disrupt the industry. Minicabster is looking to expand across the whole of the UK. For our cab partners, we want to create a perfect marketplace that allows top quality fleets to maximise the utilisation of their cars, keeping their drivers wheels moving,” explained Gee. The company is also looking to provide a constantly improving experience for the customer too. Its been a great journey so far and were expecting 2015 to be our biggest year yet.