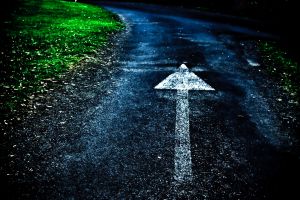 37 employers who failed to pay their workers the National Minimum Wage have made it onto Business Minister Jo Swinson’s black books. And among them, they had total arrears of over 139,000 and total penalties of over 60,000. Philip Pepper, employment law partner at Shakespeares, said: “There are a number of reasons why employers may have got this wrong or been caught out. It is most likely due to human error, but in some cases minimum wage regulations can be complex to apply. “Other reasons for underpayment could be a straightforward payroll error, for example applying the wrong pay band to workers who are 21 or over.” Nonetheless, using Swinson’s words, all workers are entitled to the minimum wage. This isnt a generous gesture, this is the law. This time around, Swinson once again stressed that paying less than the minimum wage is illegal. In fact, it’s completely unacceptable . If employers break this law they need to know that we will take tough action by naming, shaming and fining them. It’s as simple as that. So it’s quite shocking to realise that major retailers such as H&M haven’t complied. Read more about who’s been named and shamed:

Image source H&M owner Hennes & Mauritz failed to pay 2,604.87 to 540 workers. In a statement, the company said: “H&M employs over 9,500 people in the UK. Unfortunately due to errors within some of our stores concerning time logging, 540 employees were accidentally underpaid the national minimum wage. “The average underpayment for those affected was 4.82. All such arrears were immediately processed and we accept that the errors should not have occurred. “HMRC have confirmed that they were happy with H&M’s complete transparency cooperation and full engagement with the process.” Wlecome Break was one of the firms keeping H&M company on the list. They failed to pay 1,318.70 to 20 people. Welcome Break CEO Rod McKie said: “The initial breach was brought to light as an employee complained to the HMRC that her pay rate had not been increased correctly upon reaching her 21st Birthday. She wasn’t the only one. “These incidents were not as a result of a decision to withhold an increase but resulted from a combination of factors, specifically, a change of management within the units, periods of holiday and a difficulty with a new IT system and set of management processes,” said McKie. TUC general secretary Frances O’Grady said: “It’s good to see the government getting tough on bad bosses who cheat hard-working employees out of the pay they’re legally entitled to. But with over 600 employers being caught underpaying each year, those named and shamed today are only the tip of the iceberg. “There are companies out there that cheat hundreds of staff out of a legal minimum wage – these are the biggest offenders and their pay crimes must be made public too. Ministers must also step up enforcement action with more prosecutions, higher fines and a bigger team of enforcement officers to catch the cheats.” TUC have recently called for higher fees. Furthermore, the LearnPlay Foundation, also on the list, are disputing the Department of Business, Innovation and Skills’ decision to include them on the list. By Shan Schutte