Every year, HMRC publishes an annual report on the estimated UK tax gap – the shortfall between the tax estimated due from that which is eventually collected.

For the tax year ending April 2015, the latest figures available and published towards the end of 2016, some £36bn of estimated tax revenue remained uncollected. Standing at six per cent of all potential revenue, this is considered a success – with the tax gap at its smallest since comparative analysis began.

Since 2010, £1.8bn has been invested in HMRC compliance capabilities and a similar sum is being spent on updating IT collection and data systems, resulting from the government’s commitment to crack down on tax avoidance. It has been a successful strategy.

It will have escaped no one’s attention that during this same time much attention has been on tax schemes used by celebrities and other prominent individuals, with recent reports of the Honours system being linked to having “good” tax affairs.

Criticism remains, however, of HMRC’s failure to attack multinational tax avoidance through profit shifting, the use of tax havens and continuing use of complex avoidance schemes. These arguments, while generating significant headlines, fail to recognise that the key battle in tax collection focuses on the affairs of SME businesses. Indeed, half of all uncollected tax emanates from SMEs.

Following the Enterprise Act reforms of 2002, HMRC lost is Crown preferential status when companies are declared insolvent, creating the possibility that directors of limited companies use money that would otherwise be due as tax as a means of retaining working capital. As a result, HMRC has introduced a number of direct measures to limit potential liability and have promoted indirect measures that will promote better corporate governance and better tax compliance.

HMRC increasingly use its power to demand security from a company against potential liabilities. A notice may be issued where the directors of the company have failed to comply with tax obligations in respect the current business or previous failed businesses. Security must be given within 30 days by the company, its directors being liable with the company to meet the demand. A criminal offence, with a fine of up to £5,000, is committed if security is not provided.

Whilst generally this power was restricted to seeking a VAT bond from a “phoenix business”, these are increasingly being used to cover potential liability in a much wider variety of cases, covering PAYE, NI, insurance premium tax, climate change levy and the landfill tax.

Tax avoidance schemes have been tackled by the increasing use of the accelerated payment notices (APNs).  APNs must be paid within 90 days and are targeted at those tax payers who have entered into a tax scheme that may subsequently be liable to challenge. APNs alone have raised more than £3bn since being introduced in 2014.

A significant and often forgotten way of policing director conduct is through the use of the insolvency regime, whereby a director may well lose the privilege of limited liability if guilty of misfeasance.

HMRC has for some time sought post liquidation to use insolvency practitioners who are specialists in investigation and recovery proceedings. Such practitioners are well versed at looking for preferential payments, misuse of directors’ loan accounts and any breaches of duty towards the company and its creditors. Proceedings will result in personal liability, which is important in not simply ensuring return to the Crown, but also as a means of deterring others and removing the financial ability of a malfeasant director from setting up in business again.

An increasingly used power, exercised where a director has been involved in company failure resulting in HMRC loss, is the issue of a Personal Liability Notices (PLN). Little seen until only a few years ago, a PLN may be issued not only to a director but anyone who had responsibility of non-payment of a relevant tax debt. This can therefore apply to employees, administrators or executive officers of a company.

A PLN can be served where non-payment of the tax is attributable to fraud or neglect. Whilst the liability under the PLN was originally mostly confined to PAYE, increasingly it is being seen in regard to both PAYE and VAT non-payment.

Together, these measures can be seen in the context of the demands by the public and, by extension, parliament to ensure effective tax collection – to narrow the tax gap.

And whilst celebrities and multinationals may attract the headlines, in reality the real battleground is in the SME sector. Directors and financial controllers are increasingly under the spotlight. So, if tempted to skip a payment to HMRC, think again.

Vernon Dennis is a partner and head of business recovery and reconstruction at Howard Kennedy. 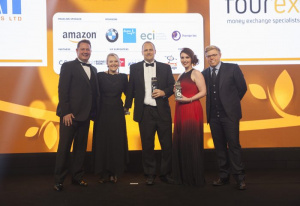