HMRC believes that 50 per cent of the tax gap (£34bn) is attributable to the small and medium sized business sector. It is being pressured by the government to raise more money, and has been given extra resources to do so.

Recent actions by HMRC include:

There is a growing concern that people who make innocent mistakes are being targeted. According to the Daily Telegraph, HMRC made inquiries about the tax affairs of 237,215 people last year, compared with about 119,000 in 2011-12. The number of self-employed people investigated has quadrupled in that time while annual prosecutions have risen sevenfold in three years.

It is reported that HMRC a few years ago set itself a target of delivering an extra £7bn a year by April 2015. HMRC has recently admitted that two-thirds of the 800 biggest businesses operating in the UK are under enquiry. However, the majority of the additional tax will be from small and medium sized businesses, obtained through increased risk assessment of potential tax evasion and avoidance, compliance checks and enquiries.

Our own experience at Harbour Key shows that HMRC is being smarter in its use of IT systems, which cross check information they hold against other Government agencies and third party sourced information. For example, HMRC receives details of all interest paid on UK bank and building society accounts in the UK, which it is now able to check automatically against interest figures declared on tax returns. In a case we came across, a client had forgotten about one particular account and had therefore not declared a small amount of interest; HMRC picked up this omission from third party records and a general enquiry into the organisation’s affairs ensued.

Rather than opening a general enquiry, HMRC’s new approach is to first undertake a review of the business records. If the review indicates poor record keeping or some other sign of accounting weakness, then an enquiry will be opened.

Common areas for challenge are:

Any successful challenge to reduce the business element or increase a valuation means extra revenue for the Treasury. It may not be a great deal of revenue by itself, but will be when aggregated across all successful challenges. The additional tax to pay may or may not be a large sum, but even if is not, the main issue for the individual taxpayer is the time it takes and the cost in dealing with the enquiry. The cost of professional fees for dealing with an enquiry can be significant, as the enquiry can go back a number of years and some will take a significant amount of time and effort to settle.

With this increased activity from HMRC, taxpayers should consider tax investigation fee insurance. For a one off annual payment, the costs of an advisor to deal with the enquiry in to their tax return will be covered by the insurance.

Businesses and individuals should first check to see if tax investigations are covered by any existing legal expenses/business insurance package they have in place. Secondly, they should check to see if they are covered through membership of a professional organisation; for example, the Federation of Small Businesses currently offers tax investigation fee insurance as part of its annual membership fee. 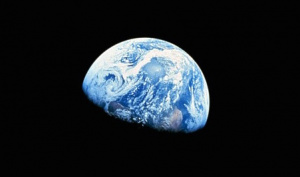