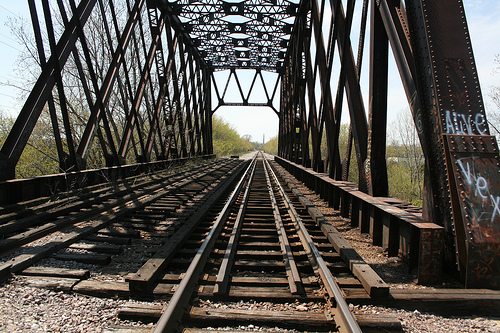 But another reason has emerged.

HMRC made a final demand for ?3.2m. Jarvis?s banks would not provide additional facilities and consequently Jarvis went into administration, threatening the livelihood of 2,000 employees and a raft of creditors. At the same time, Highland Airways also called in the administrators. Again HMRC were implicated.  As regular readers will know, I have drawn attention to the fact that, so far, this recession ? the worst in living memory ? has produced fewer corporate failures than we experienced in the milder recessions of the eighties and the nineties.   One explanation has been that banks have been deferring action until their balance sheets are in better shape, which industry insiders guess will be in 2011. By demanding immediate payment of overdue tax, however, HMRC is accelerating this process. In the last year, it issued fully one third of the winding up orders made in England and Wales. But this aggressive approach appears to contradict the political statement that HMRC will take a ?helpful approach? to scheduling the payment of overdue tax, so as not to destabilise companies. For HMRC, it seems the best measure of a company?s credit worthiness is whether its lenders will fund its tax bill. If not, then HMRC probably shouldn?t. There is also undoubtedly an element of pressure-negotiating at work. By indicating that it is prepared to force a company into bankruptcy, maybe HMRC hopes the banks will face an unwelcome loss and elect to avoid this by funding the company to pay HMRC. The second big problem for SMEs, their bankers and HMRC is that when large companies such as Jarvis collapse, the resultant tidal wave of default hits other associated businesses (eg: suppliers), who then inflict problems on their employees and creditors. This is the cascade effect that governments fear and that triggers serial default in bank borrowing.

Who wins in this game?

The countervailing argument is that a competitor will pick up the contract and, hence, the suppliers will regain the lost business. But it really isn?t that simple. A supplier with a large uninsured debt may not have the resources to finance a new contract, their bankers may be disinclined to provide new working capital and, as a consequence, become concerned about the smaller company?s capacity to take the financial hit of the big company?s bad debt. In extremis, the bank can claim over-trading as ?a material adverse change? in the borrower?s business and call in their overdraft. Doesn?t this remind you of ?Ring a ring of roses?? A contagion that, in the song, ends with ?all fall down?. So, where overdue tax is involved, you cannot rely on HMRC to be sympathetic or your bank to be helpful. And now your business is also exposed to your customers? tax arrangements.  Is this a plague on all our houses? As if there wasn?t enough to worry about? Image source