“Recessions, bring ’em on,” boomed Chris Dawson, pugnacious founder of The Range, who’s travelled from market stall trader to £250m entrepreneur in double-quick time. No airs and graces from Chris, just a raw lesson in making loads of money. “Read the curve” was his advice to anyone running a business: you’ll have ups and downs; the entrepreneur’s job is anticipate and then adapt the business. “The secret of an opportunity is to take it; the secret of a decision is to make it,” counselled Dawson.

You’d expect relentless optimism from an audience of entrepreneurs, and we got it. Stephan Shakespeare’s polling company YouGov has had a boom time during the election campaigns, and that will continue. YouGov will now be doing daily polling in the Sun, providing instant analysis of the public mood as the public-sector cuts fall. Rohan Blacker and Pat Reeves’ Sofa.com has rushed to £10m online furniture sales, despite the recession, and the pair are just acquiring a Polish factory. A formidable panel of “digital natives” – including Jos White of MessageLabs fame, François Mahieu, director of devices at Orange UK, lastminute.com co-founder Brent Hoberman and social gaming entrepreneur Barak Rabinowitz – urged SMEs to consider the extraordinary opportunities in social media and location-based services. The ability to achieve truly localised marketing through geo-tagging is eye-watering in its implications.

Richard Lambert, director-general of the CBI, set the mood: “We have a coalition in place and a shared commitment to getting public finances back in shape. It’s now much less likely that we’ll have another election in the next few months. An enormous relief to me!” Philip Shaw, chief economist at Investec Private Bank, reckons the economy is probably doing better than the official statistics show.

And yet, and yet…

Speakers and delegates acknowledged the darkening clouds of public-sector debt and the inevitability of spending cuts and tax hikes. As the CBI’s Lambert put it: “economic growth is the key, which would make the job [of reducing the deficit] more manageable. Without growth, it’ll be a nightmare”.

Also front of mind was the new government’s intent to raise capital gains tax (on non-business assets) to 40 per cent. The government talks of “generous exemptions” for entrepreneurial businesses, but there is little detail yet on “non-business assets” and when the new regime comes into force.

Overall, optimism nicked the contest. Supporting the Summit, Investec research among some of Britain’s most successful entrepreneurs reveals that two thirds (67 per cent) expect to increase the number of people they employ during 2010, with only eight per cent expecting to make job cuts. Ed Cottrell of Investec said: “With a new government formed, severe spending cuts will have to be enforced to help tackle the country’s debts, and this could lead to job losses, especially in the public sector.  We need to make sure that entrepreneurs, which are the lifeblood of our economy, are properly incentivised to grow their operations and therefore hire more people.”

Sir Stelios Haji-loannou, founder of EasyGroup and the Stelios Philanthropic Foundation said: “Second only to the US, Britain is still the most entrepreneurial country in the world.  Can you imagine me, a Greek, trying to start EasyJet in France without being able to speak French?  The UK is so inclusive, but we need to de-stigmatise failure here.”

Full, live report on the Summit here. We’ll also be bringing you video footage of all the main speeches and debates. So stay tuned… 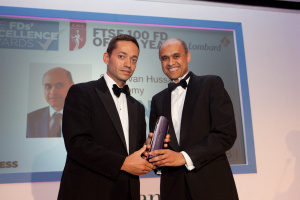 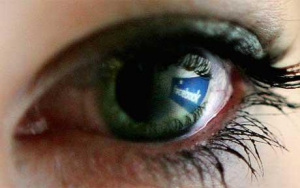