It’s been a staple in our editorial calendar since 1997, providing a snapshot of the businesses leading the field in turnover and profit growth. In the Hot 100 2016, we’ve found them residing in every corner of the UK, spread out across a wide variety of sectors.

The rules of the ranking are simple. To be included, each company had to achieve sales of more than £10m and post an EBITDA of more than £1m. Growth had to have been achieved over each of the last three financial reporting years, and we then used the compound annual growth rates to decide where in the 100 each resided.

Special thanks must go out to Jordans, our fantastic data partner, which provided us with the facts and figures that make the Hot 100 2016 such an authoritative ranking.

The release of the full list is just the start, as next week we’ll be providing some fascinating breakdown of trends observed when it comes to sectors, location and age of businesses. As a little teaser, you’ll be amazed how many of our Hot 100 2016 companies were born in a two-year period after a recession.

This yearly initiative provides a vital insight into the world of private company growth. While the public markets provide an abundance of financial figures to show which companies are leading the way, we are not afforded such accessible disclosure in the off-market space.

The Hot 100 2016 showed that the spread when it came to compound annual growth rate went from 100 per cent at the top to eight per cent for our 100th company. In between are a collection of companies that show the true diversity of British enterprise – led by a series of business leaders serving as inspiration to all.

If you’re interested in seeing which companies made it to last year’s list, then have a look at our feature here.

However, for us it’s all about who is making waves this year. So it gives us great pleasure in unveiling this year’s cream of the crop.

Find out who made it into the Hot 100 2016 ranking of the fastest growing private companies in the UK. 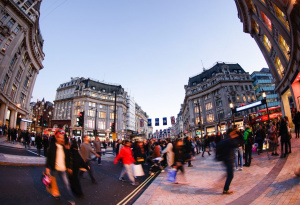