Office life today means different things to different people. The stereotypical banks of desks divided into cubicles have their place, but increasingly people find themselves working from a variety of areas. Modern offices often include break-away areas, with employees hot-desking from one location to the next.

Remote and flexible working are also becoming popular thanks to the advantages of modern IT equipment. So whilst we might think we’re well-versed in the ergonomics of a desk, there’s never been a time where we need to be more self-sufficient in avoiding the hazards that come from sitting awkwardly for prolonged periods.

Desks that lead to downtime

Some 8.8m working days are lost each year in the UK due to work-related musculoskeletal disorders (WRMSD). According to the Health & Safety Executive, WRMSD accounted for 41 per cent of all employment-related ill-health in 2016. The majority of those injuries occurred as a result of manual lifting, so sitting relatively still at a desk all day might appear to be a safe job.

However, the HSE estimates 35 per cent of all WRMSD were caused by jobs that involve nothing more strenuous than using a keyboard and associated repetitive actions, and/or poor or awkward positioning of displays.

It’s difficult to get an accurate picture of how the workplace affects our health given that office environments and job functions vary. That said, the British Journal of Sports Medicine Office estimates that staff spend 65-75 per cent of their working hours sitting down. EUROSTAT found that three quarters of Brits use a computer at least once a day.

Pain in the neck?

Prolonged periods of relative inactivity contributes to physical disorders and discomfort. A survey of more than 2,000 UK adults by the British Chiropractic Association claimed 35 per cent of respondents experienced back or neck pain after using a desktop or laptop. It’s important to remember it’s not the desktop or laptop that’s at fault – it’s the position people are in when using it.

You wouldn’t get into the driver’s seat of car for the first time without checking the mirrors and adjusting the seat, and you shouldn’t sit down to work at a desk without first ensuring your chair is set up appropriately, with the monitor at the right height for you.

Less than a minute spent setting things up correctly at the start of the day could make an impact on your long-term health. In addition to the correct screen stands, also look into the benefits of using a docking station.

“I see lots of neck, shoulder and back injuries daily,” says Jason Clemow, qualified osteopath, founder of the Clemow Therapies clinic and affiliate to the General Osteopathic Council. “What’s interesting is that those injuries are not usually caused by a single trauma, but are the result of desk-related stress that builds gradually over months and years. Sitting with your hand on a poorly positioned mouse can cause problems over time.”

Dr Joanne Crawford, head of ergonomics and human factors at the Institute of Occupational Medicine, explains that injuries can be caused by desk arrangements people rarely consider: “Usually we come across muscular discomfort. People might not have the right chair height or they have the wrong chair for their body shape.”

It’s doubtful anyone thinks about the impact office work has on the spine, but with 14 ligaments all vital but prone to injury, you might want to consider ways to reduce stress factors. Unfortunately for those who love to sit down, humans did not evolve to stay in an upright seated position – one of the reasons why hot-desking should be tried by employers.

“After 20 minutes, lower back ligaments start to become over-stressed, so it’s important to get up and move around. People have a tendency to stay seated for too long,” says Clemow, who suggests workers set a timer to remind them to have a quick walk or stretch.

Find out what employers can do on the next page

Engaging a workforce with a wandering eye 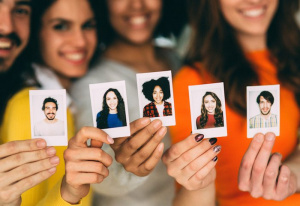