As a journalist, the email proposal is unavoidable. I get countless messages daily from PRs and businesses, all of whom are seeking everything from coverage to event attendance and in-between.

I’ve heard horror stories from PRs about the way some journalists react to their pitches – for example, counting down from ten to one, marking the number of seconds they have left to win them over before hanging up the phone.

Personally, that’s not my style. Although I can appreciate how the textbook “hi there”, “hope you are well” opening lines or worse, being called the wrong name or having the wrong magazine referenced, can be infuriating.

One of many ridiculous emails I’ve received was from someone asking if I fancied meeting a client in New York the next day for a coffee. Considering I work in London, this email proposal seemed a bit last minute, though I’d have gladly hopped on a private jet to make it if that was an option – my reply enquiring about travel and accommodation failed to get a response.

On the other side of the coin, the best bit of pitching ever came from a pair of PRs who used the tools at their disposal – social media and stalking – to discover my music tastes. From there, they went on to send an invitation to meet up using an assortment of lyrics from songs to piece together their message. That email proposal made me laugh, feel special and I appreciated the time and effort that went into doing something so unique.

And it’s an email proposal that has been a hot topic recently, so hot it has generated headlines around the world after the recipient’s response went viral.

When lifestyle blogger Elle Darby reached out to the Dublin-based Charlville Lodge and White Moose Cafe for free accommodation in exchange for posts promoting the establishment to her followers on social media, she couldn’t have imagined what would follow.

Instead of replying privately, Charlville boss Paul Stenson publicly tore into Darby, though redacted the name to hide her identity.

His method of communication resulted in a war in the comments below, with some slamming it for a lack of professionalism and others fighting his corner.

Not wanting to be left out of the social media storm, Darby came forward and took to YouTube to say her piece in a 17-minute video explaining how shamed she felt and recalled the abuse she had received.

She received more backlash for the video, which has been seen almost 2.7 million times at this point – think of all those ad views – but this wasn’t to be the end of it.

Stenson, an avid social media user himself, continued to stoke the fires of what has been dubbed #bloggergate and proceeded to ban all bloggers from his establishment.

As with his first public reaction to Darby’s email proposal, people were divided once more.

The publicity train hasn’t stopped chugging along though, as Stenson found new ways to wring out exposure from the email proposal, having shared all the hate he’d received and even created a spoof apology video.

Continuing his enterprising stance, merchandise has also been produced on the back of the online fallout.

A great number of people have said he’s gone too far and should have dropped it a long time ago, but there’s no denying that, no matter how harsh his approach, it has worked wonders to spread brand awareness for his hotel and cafe.

Taking to his own blog to share his thought process, he said: “The email started with the words ‘hi there’. When you read an email entitled ‘hi there’, you immediately feel a little neglected. You feel that this person may not even know your name. It would appear that the sender has simply included you in a copy and paste email to many different recipients.”

Stenson went on to elaborate that, in addition to his general annoyance and disbelief that the blogger would dare to ask for a free stay, he saw a business opportunity to be had from the email proposal – without giving her accommodation.

“Businesses right across the globe are constantly looking for innovative ways to get their brand out to the world. They pay digital marketing agencies huge fees to obtain a decent reach. A respectable reach is only possible if their content is truly unique and appealing, and this is something you don’t see very often,” he wrote.

Noting that he had capitalised on various fierce online debates in the past, riling vegans and breastfeeding mums, to generate coverage, hopping onto bloggers created results he never could have dreamt of.

“I am kicking myself for not thinking of bloggers up until now. Our small little 35-seater café in Phibsborough had been featured in 53 news articles in 11 countries with a potential reach of 120 million people.”

If you’re wondering about Darby, she too has prospered – according to Stenson, even more than his business has. Turns out she was “featured in 114 articles across 20 countries with a potential reach of 450 million people which would cost €4,300,000”.

While these numbers are all very astonishing, has a line been crossed or is this an acceptable marketing method? Should prospective business partners be running scared that their dirty laundry will be hung in public for everyone to see?

Darby seems to be pretty happy – the 87,000 YouTube subscribers she mentioned in her original email proposal has grown to 102,000 at the time of writing, so it would seem that there really aren’t any losers in this scenario and she’s probably quite happy to overlook the trolling as a result.

Last night, I reached 100k on YouTube. This is a sentence I have only ever dreamed of saying – and I just want to say thank you for making my dream come true. If I’d have listened to the hundreds of people over the last 3 years who told me to give up & follow a path more ‘realistic’ – my bosses, my ‘friends’, even my parents.. well, I wouldn’t be living my best life with a bunch of angels who support me and my videos. I also just want to let my best friends: the love of my life @connorswift1 & big sis @lucyjessicacarter know – I couldn’t have done this without you. Never let ANYONE tell you who you can & can’t be. Only YOU know the person you’re truly supposed to be. We’re just getting started. Always & forever, #youdoyouboo 💕✨👼🏼

As the saying goes, there is no such thing as bad publicity – in this case, it certainly seems to be accurate. 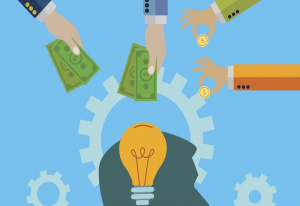