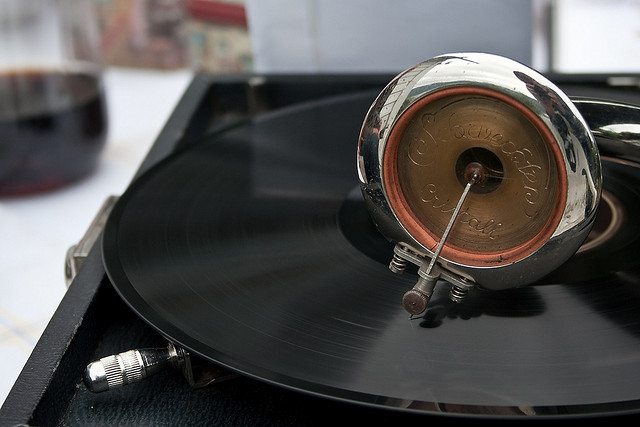 Choosing the most appropriate tracks for a venue, making sure that they?re appropriate for that time of day and checking the sound quality and volume is correct is where a consultancy called Music Concierge comes in.

Its founder, Rob Wood, a former DJ and music journalist, provides background music for hotels such as Claridges, the Jumeirah group and the One&Only in Cape Town as well as stores like Harrods and Mulberry.  He also provides the sounds for spas and for restaurants including Yo! Sushi! His unusual business is growing rapidly. ?I?ve always been a mad keen record collector,? says Wood. ?As a DJ you?re constantly choosing the right music for different audiences. I was approached by the boutique hotel booking site Mr & Mrs Smith to produce a CD for them. That was very successful.? Demand for his consultancy services spread through word of mouth and led him to the idea of producing music collections for more hotels and shops. He founded Music Concierge in 2007 with ?16,000 of his own money. So far the company has been entirely self-funded and Wood, 44, has not felt the need to look for debt or equity investments.  As Music Concierge?s client base expanded, he began to realise that there was a demand not just for advice on different types of music and for the correct music to play at different times of day in different venues but also to provide the technology needed to deliver it.  He was introduced to Kaleidovision, a company that creates digital video and audio systems for shops, hotels and other venues. The two have since merged. As a result, they can now not only supply the right music for a venue that can ensure that it is constantly updated, set to the right volume and works reliably. It can also supply its customers around the world, including the Far East, with immediate technical support. Wood has built a creative team of music experts around him with first hand experience of music radio, record labels, musicianship, DJing and music consultancy. From leading-edge urban cool, to evocative back-catalogue tracks from the past, the team creates what it calls ?signature music identities? for the brands that it works with.  The team?s expertise extends to cover music from all over the globe including European, African, Indian, Asian, Japanese, Arabic, South American or even further afield. It also has in-house experience and expertise of styles and audiences? music tastes in emerging markets. One client, Mulberry, the upmarket bags and accessories chain, was seeking to enhance the brand experience. Senior management realised a coherent, well thought out music strategy would make every store feel uniquely ?Mulberry? and further set them apart from other retail experiences. Mulberry enlisted Music Concierge to design and maintain playlists across all its UK and French stores that would motivate staff and create customer delight as soon as the threshold was crossed.  Rob and his team identified the right music for the right time of day and ensured that the brand?s individual musical style is distinct from what customers can hear in most high street shops.  The music has also had a massive impact on Mulberry staff motivation. The retail team where so pleased with the results the sound has now been rolled out globally, ensuring Mulberry sounds consistent from Tokyo to Qatar to Helsinki to London. Image source