Having a good relationship with employees will undoubtedly reduce turnover to some extent, but given its ties with improving job satisfaction and commitment, you would expect it to also prevent people from leaving a company.

After all, if you’re making people happier, it should stand to reason that they’re more committed to the company. But the numbers from recent research just don’t pan out – employees who are set on leaving would do so without consideration to what kind of employer they had.

With that in mind, Ravi Gajendran, a professor of business administration at Illinois University, tried to find out why workers left their jobs despite having a good relationship with their manager.

“What we found was good managers invest in employees, develop them and make them more competent” Gajendran said. “This also means they become more in-demand as a worker. They could move up in the organisation, but that path may not always be available. Managers also might not want them to go up internally because then they’d be losing a valued employee.

“But that means they become attractive to employers in the outside job market. And that’s why people leave good managers – precisely because they invest in and develop their employees. Developed talent typically get a better job with more responsibilities at the next employer.”

But while the scenario might leave several managers in a bind, Gajendran’s research suggested there was a silver lining to valued employees leaving the company.

“Former employees are likely to have good feelings for the company that gave them an opportunity to develop themselves,” he said. “As a result, they are more likely to be open to a reunion with the organisation as a so-called ‘boomerang employee.’ They could also be a good source of information.”

For firms in industries with tight labour markets, companies are increasingly seeing the value of the so-called alumni, with some creating online social networks for former high-level employees to keep in touch in terms of both an open-ended recruiting pitch and to tap into their knowledge. The research also pointed to the benefits of having alumni at other firms to reap a competitive advantage.

“Even employees who are leaving can be valuable somewhere down the line,” Gajendran said. As a result, companies need to pay closer attention to the “off-boarding” process. He added: “Companies typically make a great effort in the ‘on-boarding’ process, but scant attention has been paid to the off-boarding process. When people are leaving, you shouldn’t just stop with an exit interview and a pat on the back. You should be thinking of them as a contact you can tap in the future. So it’s a potential future asset that you want to think strategically about.”

According to the paper, it also helps if managers make an overture to retain employees, even if they think it’s unlikely they’ll accept the offer to stay.

“If managers don’t make an attempt to retain an employee, the employee thinks, ‘Look, I put in all this effort and no one seems to care…’ Those ex-employees are less likely to help the organisation later,” Gajendran said.

As such, managers who make a good-faith attempt at retaining the leaving employee actually elicit the most goodwill from alumni and, thus, they are more likely to be a source of future benefits. So if you’re a manager who has poured a lot of resources into developing an employee, your first instinct might be to take their leaving badly. But it’s to your advantage to keep good ties with them.

If things don’t pan out however, David Bloxham, managing director at GCS Recruitment has offered some suggestions on how to stay on top of things when a key team member decides they want to leave your company. 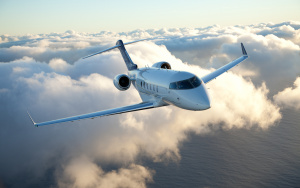 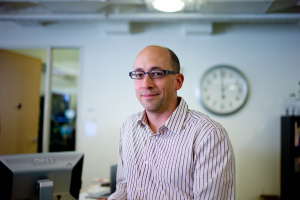