It must be designed to reflect the unique dynamics of UK SMEs and address their specific problems and concerns.

I have my doubts about the effectiveness of such a body, but if it is implemented there is certainly the scope for such a body to play an important and positive role as, despite the strengthening economy, SMEs still face a variety of issues that a body dedicated to their interests could potentially alleviate.

To put it into context, SMEs employ some 60% of the private sector work force and account for nearly half of private company turnover, according to recent figures from the FSB, demonstrating their importance to the UK economy. It makes good sense to have a body supporting their growth to help further drive the economic recovery in the UK.

The starting point to establish such an organisation is to decide on its status from the outset. In the US, it is a government agency created by Congress as part of the Small Business Act of 30 July, 1953, whose function is to “aid, counsel, assist and protect” the interests of small business concerns.

In the UK, careful consideration should also be given to its status as to establish it as a Government department, or through an act of parliament, would compromise it from birth.

However, if it was primarily established by leading entrepreneur groups and partly funded by government it would perhaps limit the scope of its activities and weaken its authority.

A compromise could be to establish the UK SBA via a Royal Charter, as has been proposed for a new model Press Complaints Commission, to give it both the backing of the state, but also the independence and the flexibility to support SMEs’ needs.

The second key issue would be around its head, who will have to be carefully selected to ensure the appointment reflects positively on the SBA. We would highly recommend that someone with an entrepreneurial background is selected to lead this organisation.

Ideally this would be a successful entrepreneur who is looking for a fresh challenge and is able to empathise with the problems of running an SME, and, if the body is ever established, I would be happy to canvass my board for candidates.

Other candidates, such as captains of industry who often grace public bodies are not likely to have had the necessary experience of SME issues and while senior figures from venture capital could be considered, their experience would be from investing in SMEs rather than running them.

The SBA in the US has been heavily criticised for, amongst other things, being weak and bureaucratic, directing resources to areas that do not generate economic growth or job creation and wasting taxpayer’s money, to the extent that there have been calls for it to be abolished.

To ensure that an UK SBA does not suffer this fate, a UK organisation should be subject to annual reviews, not perhaps only from Parliamentary Committees, which would typically take an overseeing role, but also from a clutch of business groups, such as the Federation of Small Business, the Institute of Directors and entrepreneur-focused support bodies such as E2Exchange.

An UK SBA should also address the specific requirements of UK SMEs and how they can help improve UK economic growth rates. While the SBA guarantees general small business loans, what the UK needs is micro-finance for start-ups and high-growth businesses.

Given the importance of the construction market to the UK, providing a more expansive surety bonds guarantee programme than the SBA does in the US, are ways to help UK SMEs. Meanwhile, e-commerce and alternative lending platforms are important ways for SMEs to grow revenues and access finance so the organisation should look to support such platforms or even joint venture with relevant groups to provide one.

Helping SMEs export more should be a key aim of a UK SBA as it is critical to the success of both SMEs and the wider economy. Currently only one in 25 businesses export their products and services but evidence shows that trading overseas helps achieve economies of scale and levels of growth and revenues that would not otherwise be possible, while businesses are 11% more likely to survive if they do export.

Perhaps an SBA-backed dedicated export credit guarantee scheme specifically for SMEs might be a starting point given calls for the Government to announce measures to overhaul export finance in the coming Budget.

If it is established, a UK SBA will have to ensure that it remains relevant to the businesses it is supporting. That will mean it needs think and act like an entrepreneur or an SME, which might just be the key to its success.

Shalini Khemka is the CEO of entrepreneur network E2Exchange 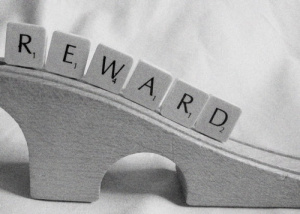 Rewarding staff – in it for the long-term 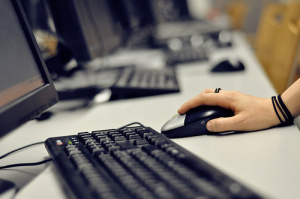