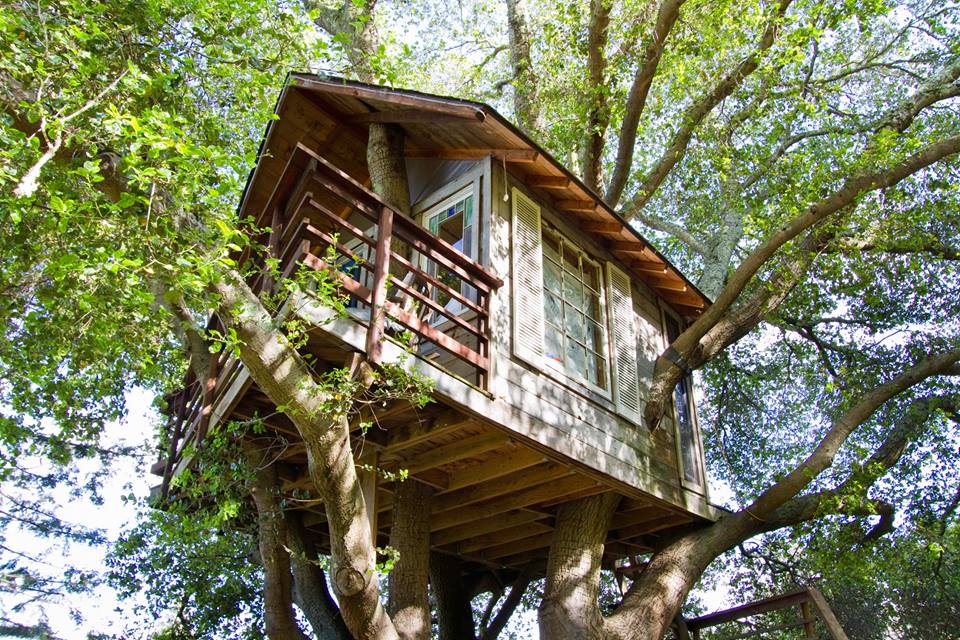 Airbnb launched in San Francisco back in 2008, allowing people with extra space in their homes to generate additional pocket money by opening them up to like-minded people looking for a place to stay for the night.

You might wonder how it differs to hotels – the first answer would be the price, alongside the experience. Guests can book anything from a sofa to a bed and from a home to a shed, – even castles. This is why the company has managed to secure more than 25,000,000 users across 190 countries and 34,000 cities.

On 26 November, a report around the UK’s sharing economy, which is based on services that allow peer-to-peer (P2P) usage of products and platforms, was endorsed by Richard Branson – who approves of the government’s attempt to protect consumers and support entrepreneurs with new community-led schemes.

Airbnb – one of the companies considered part of the sharing economy – crossed the pond and launched in the UK at the start of 2012 and, while it has become an alternative form of accommodation, it’s also become an unlikely form of finance for British homeowners.

This week Real Business was invited to an exclusive Airbnb event in Shoreditch, where we met hosts who have gone beyond simply renting out their homes to build businesses from the revenue generated from guests staying over. And just when you thought crowdfunding was disruptive.

Nakul Sharma is an Airbnb user, host, and the founder of Hostmaker – a project that wouldn’t have been possible without Airbnb. He explained how his background of working for large hotel chains, including Starwood, Intercontinental, Sheraton, Meridian and Holiday Inn over the past eight years, supporting global operations and strategy, was all a prelude to when he encountered Airbnb.

“I was writing a paper about the impact of Airbnb on the big hotel business and discovered it’s no longer a trend, even though the media suggested it’s just for youngsters or something people do on the cheap, like couch surfing,” he told us.

“I’d been travelling Airbnb since 2012 and I found that the demographic of the hosts and the travellers is right across the board from twenties right up to seventies. I thought it was a real alternative to the hotel experience especially for specific trips.

“If you’re going to a city for a weekend or on a business trip for a week or longer, in the short stay you don’t want an expensive hotel room or you want a location in the places you’d want to be in. With a longer stay you get bored of a box room, so you might want living space or kitchen space where you can cook.”

Discovering a “genuine alternative” for travellers prompted Sharma and his wife to put their Hampstead home on Airbnb and use it as what he calls a “test lab”, where he applied his knowledge of the hospitality industry to ensure his guests had the best possible stay by taking their needs into consideration.

“I thought there’s an opportunity to deliver a great experience to guests, but some hosts don’t necessarily have the knowhow to deliver that. With my hospitality background I felt I would be able to put a team together to take the pains out of the service experience. I started to create the pitch, story and service, and we then launched in July – since then we’re growing 20 per cent every week.”

The company offers hotel-style services for Airbnb hosts, creating an environment that’s beneficial to the host and guest by working “behind-the scenes”. Despite the impressive growth, Sharma insists not a penny has been spent on marketing, with all business coming through word of mouth.

“I think that if your product or service is really solid, if you’ve focused on it and find the right customers in the first stage, then they will shout about you,” he told us.

He was able to make hosts aware of the service on Airbnb itself, using host problem-solving forums to explain where Hostmaker can help. As for pricing, there are two services in place: a pay-as-you-go model is for one-off assistance for things such as changing linens and towels when time is short, while the management percentage fee model is for hosts who have full-time jobs that prevent them from becoming more invested or for those with second homes,. This means they take care of the whole process including setting up listings and taking photos of the location, managing pricing and the inbox, welcoming guests and providing tips on the local area – then taking a commission.

He revealed they’re still renting their property and that the revenue is up and down, but on average it’s higher than long-term rental. As a guideline, £1,500 was made in three weeks when the couple were on holiday last December, which paid for the trip. With his previous role including pricing strategies for hotels, Sharma considers what’s happening in London to calculate the pricing for stays at his home, then adjusting accordingly.

“As we work with hosts we advise them on costs – for instance the Rugby World Cup in London next year will be a busy time and after getting tickets, people are going to be looking for places to stay. Hotels are already overpriced and you don’t have to price in a way that’s ripping people off, but you could price higher than what you normally do.”

Getting Hostmaker up and running required Sharma to leave his full-time post in the hotel industry, something that entrepreneurs will often describe as an unnerving, but necessary, time. “I was part of other startup teams before and one of the things I learned was if you’re going for it, you really have to put all of your eggs in a basket and give it a go,” Sharma said.

“I gave myself a timeline and decided to experiment for a year with savings – and because our home is on Airbnb, you could say that Airbnb funded us. We closed our first round of funding this week, and we were oversubscribed on our first round, which was from friends and family – and then friends of friends.

“They saw how involved I was, and it becomes a very easy sell when the investor sees how invested you are in the business – the fact I quit my job, put the home on Airbnb and the fact I have correlation between what I did in the past and what I do now.”

Indeed, some of the investors were classmates from business school, but also some of their bosses, while Sharma added senior travel industry executives that understand the change have invested alongside customers which is “real validation”.

The funds will be to expand the presence across London, specifically with the IT infrastructure, which Sharma admits is “absolutely primitive”. Bookings are all done in Google documents, but the aim is to create a solution that will allow housekeepers to receive automated schedules and maps directly, rather than having to phone them up to communicate the details.

Growth internationally is also an ambition, as Sharma said: “We also want to go into other cities. Paris is the biggest Airbnb destination, and Amsterdam, Rome and Berlin are all very attractive, so I think we’ll start to explore some of those cities.”

With Airbnb providing the capital and inspiration for Sharma’s venture, which now employs ten full-time members of staff, he says there isn’t any endorsement in place, but notes that they’re very complementary. “Airbnb has the hosts, and we support the hosts to host more or better – we have a nice relationship with the team. What we find is they’re appreciating the service and so are hosts.

“Other hosts do walking tours of London, so Airbnb is thinking about creating an experience marketplace. A host may say it’s £10 a ticket, why don’t you join me at this point? As a guest, you could maybe look up and say yes and go there, others do supper clubs, so there’s all sorts of possibilities that may come up in the next year.”

Real Business also spoke to another Airbnb entrepreneur, Saima Khan – ironically she lives a couple of streets away from Sharma – the founder of The Hampstead Kitchen. Khan’s first experience of Airbnb came through unfortunate circumstance when living in New York and suffering a flood in her apartment. She started hosting back in London, and says the decision was made based on the simplicity of the service and the fact she’s in control.

“I charge £90 a night, as it has a ensuite, and they have whole use of the flat. I provide an iPad, sim cards, and an Oyster Card, as well as toys for kids. I tailor my service according to the guest, I always ask if I can recommend or book restaurants or experiences for them or plan their trip – it’s essentially like a concierge service.”

The sharing economy, of course, is still considered a source of taxable income and Airbnb encourages users to ensure they’re up to speed on the legalities of market, which is something Khan’s accountant tends to.

Like Sharma, Khan hails Airbnb as the reason she was able to start The Hampstead Kitchen, which specialises in catering food from the Middle East, the Mediterranean and Persia. “Most definitely having Airbnb to cover my monthly bills, including my company car, allows me to solely focus on my business. It’s allowed me to use the income from my business to purely reinvest and help it expand quicker – this has enabled us to turn over six figures in less than 18 months.

“The peace of mind it has given me has had a direct correlation to my business for sure. Most startups or businesses suffer as they have to find a way to cover their monthly bills, plus have the initial startup costs. I also saved money by meeting cool people like web designers, Google Advert creators and graphic designers who have offered their services for free in exchange for receiving such great hospitality.”

Khan started hosting back in April 2013 and revealed she’s fully booked from now until February, while some bookings are coming in for September 2015. “I have rarely had a few days free. It’s hard to mange but I have gotten used to having someone around, and love the company and the diversity of people I meet.”

The Hampstead Kitchen is currently employing 50 freelance people globally to support private dining and events in the US, Europe and the Middle East, with an expansion to Sydney planned for the new year.