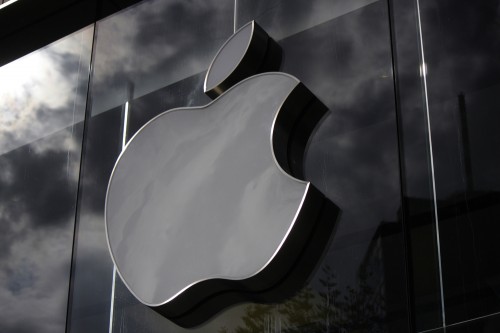 One year later, Brand Finance CEO David Haigh explained that “while the world remains shrouded in economic misery, people are investing their hard-earned cash in brands they feel they can rely on to produce quality, long lasting products.”

And one of the so-called “alpha-brands”, which consumers turned to for quality regardless of the economic conditions, happened to be Apple. In fact, the Brand Finance Global 500 found that the company retained its crown. 2014 saw Apple knock Coca-Cola from the top position to reclaim the top spot it lost the year before, increasing its brand value by 21 per cent to $118.9bn. Arguably, this was due to CEO Tim Cook holding up a wallet and saying “our ambition is to replace this” and signalling that Steve Jobs’s 2011 vision of Apple becoming a “digital hub” had finally been fulfilled. He was talking about Apple Pay, which was heralded as “one of the most ambitious product launches in history”. Read more about innovation: Though not quite on a par with Ferrari or Lego in terms of brand strength this year, Apple still has a very powerful brand. What sets it apart is its ability to monetise that brand. Apple has a remarkable knack for using its brand to popularise and hence monetise existing technology, as it did so successfully first with the mp3 player, smart phone and later the tablet.  But how does Apple do it? “A valuable brand delivers a return for the company on two dimensions,” said David Reibstein, professor of marketing at the University of Pennsylvania’s Wharton School. “Either it allows the company to charge a premium price or it adds more volume or market share.” This is something no company does better than Apple. Critics have been silenced by the success of the iPhone 6 and 6 Plus. Consumers have snapped latest models in their droves, helping Apple set records for quarterly profits ($18bn) and company value ($710bn).  Haigh said: “The Apple brand is worth $128bn. That value is huge not just in its own terms but also as a proportion of Apple’s record-breaking corporate valuation. It goes to show how valuable brands are as business assets and how important it is to manage them well.” And, as Wired puts it, “Cook talks about how it all works together now. What he means is that it is the entire stack of devices working in concert. The Apple ecosystem is like a swamp. The more we interact with it, the deeper we are drawn into it. Fortunately, it is a very lovely swamp.”

Read more about Apple: Brand expert Michel Hogan said: “A brand is not just built by size, and it’s not just about awareness. A brand is made up of a complex array of factors such as, internally, how staff feel about the brand, its products, its service, and how well those products make its customers of the things the brand values.” “So with a name like Apple, what it stands for is a very complex inter-relationship between its experience and design, and its relentless focus on those things is what makes its brand valuable.” “If it stopped focusing on designs and making its products work seamlessly, you would find Apple’s brand value would dissipate very quickly.” Essentially, the company has been creating experiences that are seamless, contextually relevant, and increasingly based around an overarching ecosystem of integrated products and services, both physical and digital. An Interbrand report of 2014 suggested that “not only is Apple using devices to broaden its penetration, it’s also credibly extending into new spaces. With the unveiling of Apple Watch – reportedly more capable than any other smartwatch on the market, not least of all in terms of advanced health monitoring – Apple’s future will rely heavily on its ability to partner effectively with healthcare companies.  “CarPlay, giving drivers access to their iPhone’s best features in the car, has brought the brand into the automotive space. HomeKit, providing seamless integration between accessories, promises to make our homes smarter. Apple Pay certainly has the potential to become the most powerful payment platform around.” By Shané Schutte Image source