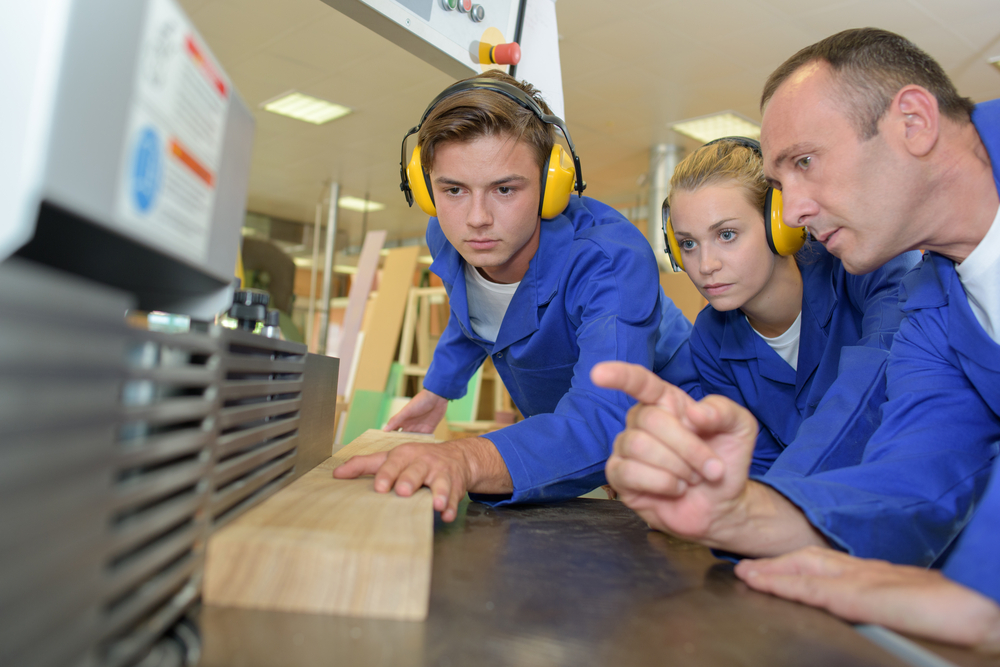 Traditionally, education at college or university is perceived as the route for high achievers and academic types, while apprenticeships are a secondary offering, a kind of consolation prize education for those who haven?t made the grades to get into further education. Many believe that apprenticeships are geared towards those looking to work in blue collar and manual vocations, like engineering or building. In actual fact, this couldn?t be further from the truth; it?s such an outdated and old-fashioned view of the education system. The system has progressed a lot since those days; we?re just waiting for the public?s understanding and perceptions to catch up!

Young people are gaining the courage and confidence they need to turn away from a traditional university route and go against the tide. There have been a lot of expos?s on the university choice, from scrutinising the spiralling costs through to the lack of employment options after graduation due to all the competition, and many people are beginning to wake up to the alternatives. It?s just a case of developing this further and encouraging the public to realise that great success can come as a result of an apprenticeship. Essentially, apprenticeships enable people to gain an education steeped in real experience, with hands-on learning at the core of it. They are designed to prepare the apprentice for the job itself, aligned to the role, and also develop their skills so that they can progress in that environment. By contrast, a university course is generally based in the classroom, focusing on theoretical as well as, but sometimes instead of, practical learnings.

We have seen a trend in recent times as universities have woken up to the need for vocational knowledge and training. We?ve seen the introduction of many more vocational and job-based courses, rather than solely the traditional subjects, and also a rapid uptake of ?sandwich? courses, whereby students spend periods of time, normally a year, in an employment placement in order to get some work experience. This is absolutely critical from an employers? perspective, and usually where apprentices have the edge. Another comparable is the opportunity for employment at the end of the given education. The university system has faced a substantial amount of criticism surrounding the employment prospects students have following graduation. By contrast, 90 per cent of apprentices stay in employment following the end of their apprenticeship, with almost three quarters (71 per cent) remaining with the same employer. This is a near guarantee of a job at the end of the education, which can?t be said for university. What we don?t want to do is get hung up on saying which path is right or wrong, because there isn?t ever going to be an answer to that question. It?s really up to the person in particular and only they can make that choice. What we are trying to encourage, though, is the awareness that the traditional perceptions are no longer correct; there is a huge breadth of choice for young people out there, equally for businesses looking to recruit fresh talent to their organisation, and it?s worth doing the research. As National Apprenticeship Week kicks off across Britain to champion the career pathway, Real Business has revealed the UK leaders whose journeys to enterprise greatness started off with apprenticeships. Phil Hitchox is director of commercial and business development at First4Skills. Image: Shutterstock